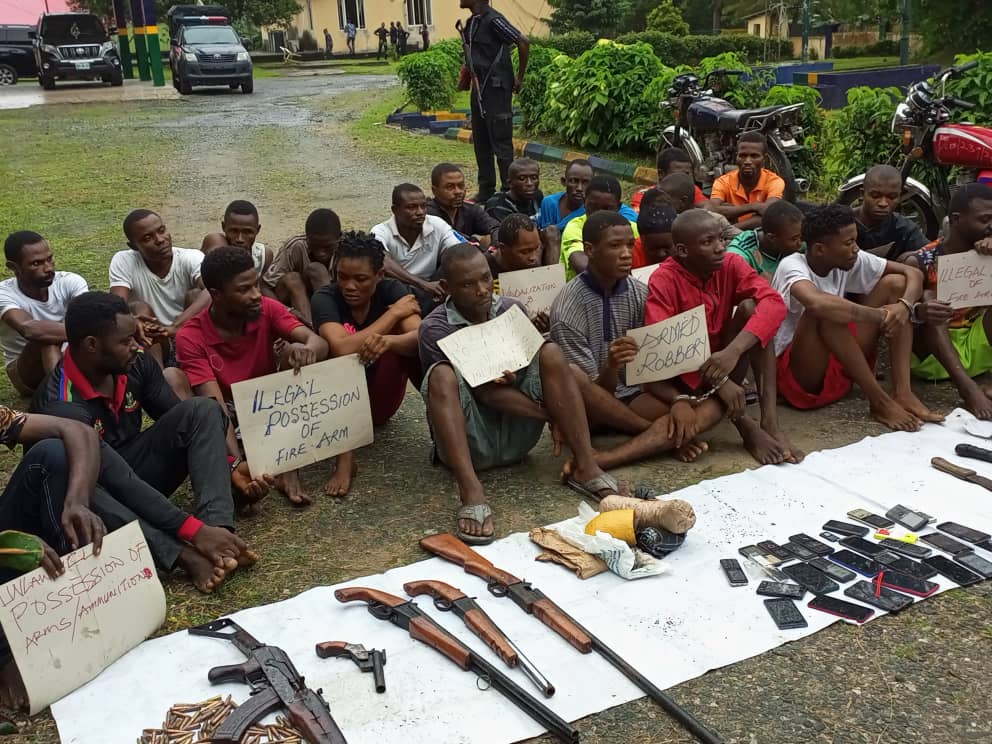 Parading the driver with other criminal suspects, in Calabar yesterday, the Cross River State Police Commissioner, Mr. Aminu Alhassan, stated that “on September 9, 2021, at about 1000hrs, the 36-year old Idoronyin Okon Sunday, male, went to a PoS outfit located at No 13 Inyang Street, Calabar, in Calabar South Local Government Area of the state to deposit N61,000 to enable the operator of the POS outfit transfer same amount to his account.

Police authority in Cross River State stated that the suspect, who upon visiting any PoS operator would ask the operator to transfer certain amount of money into a particular bank account which he has access to notwithstanding the high commission charged him by the POS operator, and thereafter makes available same amount in fake and counterfeited currencies to the POS
operator.

He thereafter withdraws same amount in genuine currency, “knowing very well that the money he took to the PoS was fake currency notes.”

The commissioner added, “After the said amount was transferred to his account, the operator upon discovery made several calls to him but he blocked him.

“Through credible intelligence, he was arrested by operatives of anti-cultism/kidnapping squad, where he confessed to be a major dealer of fake currency and has been using same to defraud unsuspecting members of the public.

“Investigations is still ongoing to uncover the source/supply of the fake and counterfeited notes and his accomplices apprehended to face the full wrath of the law.”

In a brief interaction with the suspect, Okon stated that it was a friend who introduced him to the business when the only vehicle he was plying the road with for commercial purpose was siezed and impounded by men of 100 Mirrian, a Cross River State agency noted for it’s notoriety in impounding vehicles suspected to have been wrongly parked along the road in the streets of Calabar metropolis.

He said that out of frustration, he gave in when a friend of his asked him to join him in the shady business, unknown to him that he will suddenly be caught by security operatives, even when he had not made any booty out of this brisk enterprise.

He expressed regret for his involvement in the brisk enterprise, calling on the authority concerned to grant him pardon, promising to turn a new leaf.