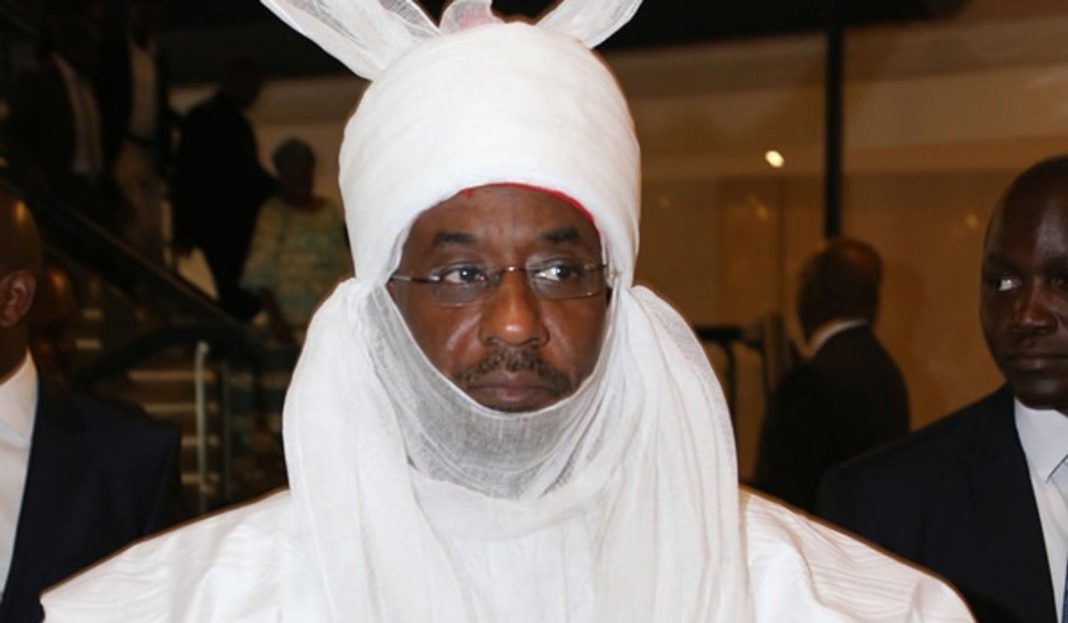 The first-class traditional ruler is expected to appear before the commission on Thursday to answer some questions over alleged violation of the provisions of Sections 22, 23 and 26 of the Commission.

The invitation was contained in a letter dated March 2, signed by the commission’s Executive Chairman, Mr Muhuyi Magaji Rimingado, and made available to newsmen in Kano on Wednesday.

The letter reads in part, “This Commission is investigating an alleged violation of the provision of Sections 22, 23 and 26 of the Kano State Public Complaints and Anti-Corruption Commission Law 2008 (as amended) in the management of land reserved as ‘GANDUN SARKI’ spread all over the state.”

An acknowledgement copy of the letter, with the Emir’s stamp showed that the letter was received by Emir Sanusi.

Meanwhile, the commission’s Director of Special Assignment/Communication Adviser, Mr Usman Bello, also confirmed the development to journalists in Kano on Wednesday, saying that the investigation was triggered by some whistle blowers.

He said Section 31 of the law establishing the commission empowered it to initiate such investigation and ordered any invitee to appear before it to defend him/her self from any allegation; adding that in the course of investigation, the commission was made to understand that a company, Country Wide House Limited, served as a corporate vehicle to allegedly launder N520 million as proceed of 20 hectares of land at Darmanawa II.

He revealed that the land in question, which was under formally Right of Occupancy CON-RES-2016-503, was illegally sold to Messrs Family Home Fund Limited, at the alleged instance of the Emir of Kano, Sanusi ll.

Disclosing that investigation also revealed that all the alleged illegal transactions for the sales of the landed properties at Darmanawa, Hotoro and Bubbugaje belonging to the Emirate was done by the trio of Shehu Muhammad Dankadai, (Sarkin Shanu); Sarki Abdullahi Ibrahim, (Makaman Kano) and Mustapha Kawu Yahaya, (Dan Isan Lapai) based on the alleged instruction of the Emir, the spokesman explained that the trio were invited in the spirit of fair hearing and they visited the commission on several occasions to provide useful information.

He added, “Investigation further reveals that some of the proceeds of the sales remitted to the Emirate Council Bank Account can be traced to the companies of interest by His Highness,” adding that the Emir was also alleged to have ordered for the payment of N175 million to Messrs Apple Integrated Resources as facilitation fee for the agreement of provision for side and services at Darmanawa 33.4 hectares by Messrs City Scape Limited, which was against the decision of the Emirate Council of June 8, 2016.

He said, “A (2016) fourth meeting rejected such move for payment to the company, which now investigation confirmed that has never participated in any dealing with the City Scape arrangement with Ado Bayero Royal City Trust Fund.”

Disclosing that some senior councillors in the Emirate cooperated with the commission and facilitated the current probe, Bello said it was based on the foregoing and in compliance with the spirit of fair hearing that the commission requested the monarch to come forward for clarification on Thursday, March 5, at 11 a.m.

The Murder Of George Floyd And The Nigerian Parallel