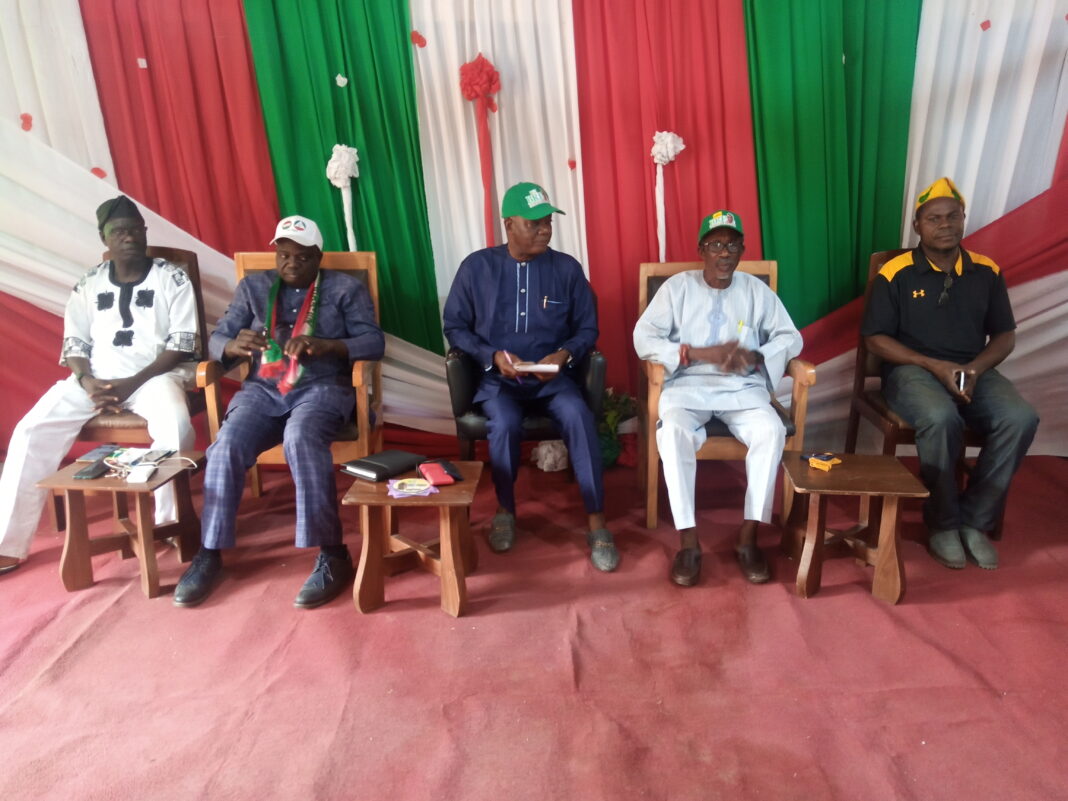 As the Ekiti State gubernatorial election draws nearer, the governorship candidate of the Accord Party, Basorun Reuben Famuyibo, BRF, on Tuesday presented his manifestos to Ekiti State council of the Nigerian Labour Congress, NLC.

Arriving to a standing ovation at the Labour House, Egbewa Road, Ado-Ekiti, Famuyibo, who had earlier held an interactive session with the state NLC, returned to honour labour’s invitation to present his manifestos to Ekiti workers.

Refreshing the workers’ memory of his role and contribution to the creation of Ekiti State 25 years ago, Famuyibo presented his Seven-Point Agenda, themed: SHELTER to the workers.

When asked how he intends to implement his Seven-Point Agenda, considering the sing-song of paucity of funds being sang by incumbent and previous administrations in the state, Basorun Famuyibo told the workers that he has the wherewithal to turn Ekiti mineral and tourism resources into more money into the coffers of Ekiti State government if given the opportunity to govern the state.

He also told them that he already has the blueprint to partners with world class agencies and business concerns, who are also ready to work him to take Ekiti State to greater heights.

He challenged organised labour to join hands with him to deliver Ekiti from what he described as “government by inheritance and proxy,” insisting that his administration will involve labour in governance.

Famuyibo, who was accompanied to the presentation of his manifestos by the state chairman of Accord Party, Chief Abiola Odeoba; Secretary, Engr. Phillips Adeniji, among other party stalwarts and members of his campaign team, also another round of standing ovation after his presentation.

He assured the workers and Ekiti people that he would not disappoint them if given the mandate to govern Ekiti people, promising that Ekiti will witness massive turn around during his administration.

Earlier in his speech, the state Chairman of the NLC, Comrade Joshua Olatunde Kolapo, expressed the delight that Basorun Famuyibo heeded the call of labour to present his manifestos before Ekiti workers.

He added that if he had the power, he would not hesitate to declare Basorun Famuyibo as the next governor of Ekiti State.