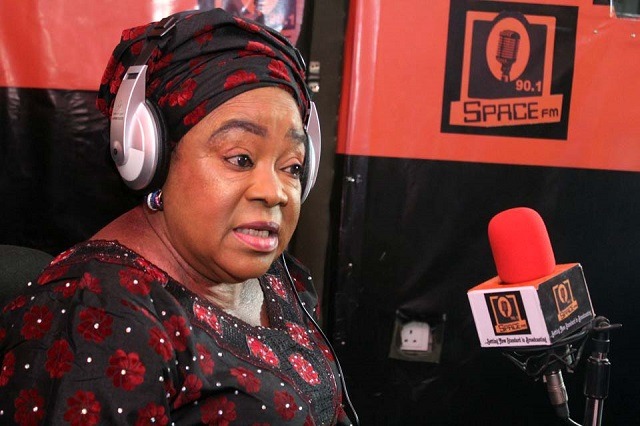 Wife of a former governor of Oyo State, Dr. Victor Omololu-Olunloyo, Mrs Aderonke Omololu-Olunloyo, has blasted Nigerian politicians, describing them as the most “laid-back, selfish and self-centered set of people” she has ever come across in her entire life.

She also called for measures to be put in place to make political office less attractive.

“Go to Abuja, nobody has a job. Government is their business. Look at those at the National Assembly, they will sit for four days and still get paid heavily. Something must be done about this. And if you ask them how much they earn on monthly basis, they will never tell you.

“They are always forgetting that people voted for them to be where they are. So, if you are voted in, you are not supposed to rob the people who voted you in. Nigerians should learn and start asking questions. They should ask politicians questions, people in positions of authority should be answerable to the electorate. If you want to have money, quit politics and go and do business.”

The wife of the former governor also took time to explain how life has treated her in her over 30-year old marriage to the gifted mathematician, when she said, “Being married to Doctor has been fun. We have had our ups and downs, but I will tell you, he has taught me a lot, especially on politics. He is a different kind of politician because he has a job.”

She said of her husband, who turned 85 on April 14, “He loves his Quaker-Oat every morning and he still writes a lot. He reads vociferously too. He is still a lover of music and his library on this is comprehensive. He has books on everything under the sun. He even has books on coronavirus.”