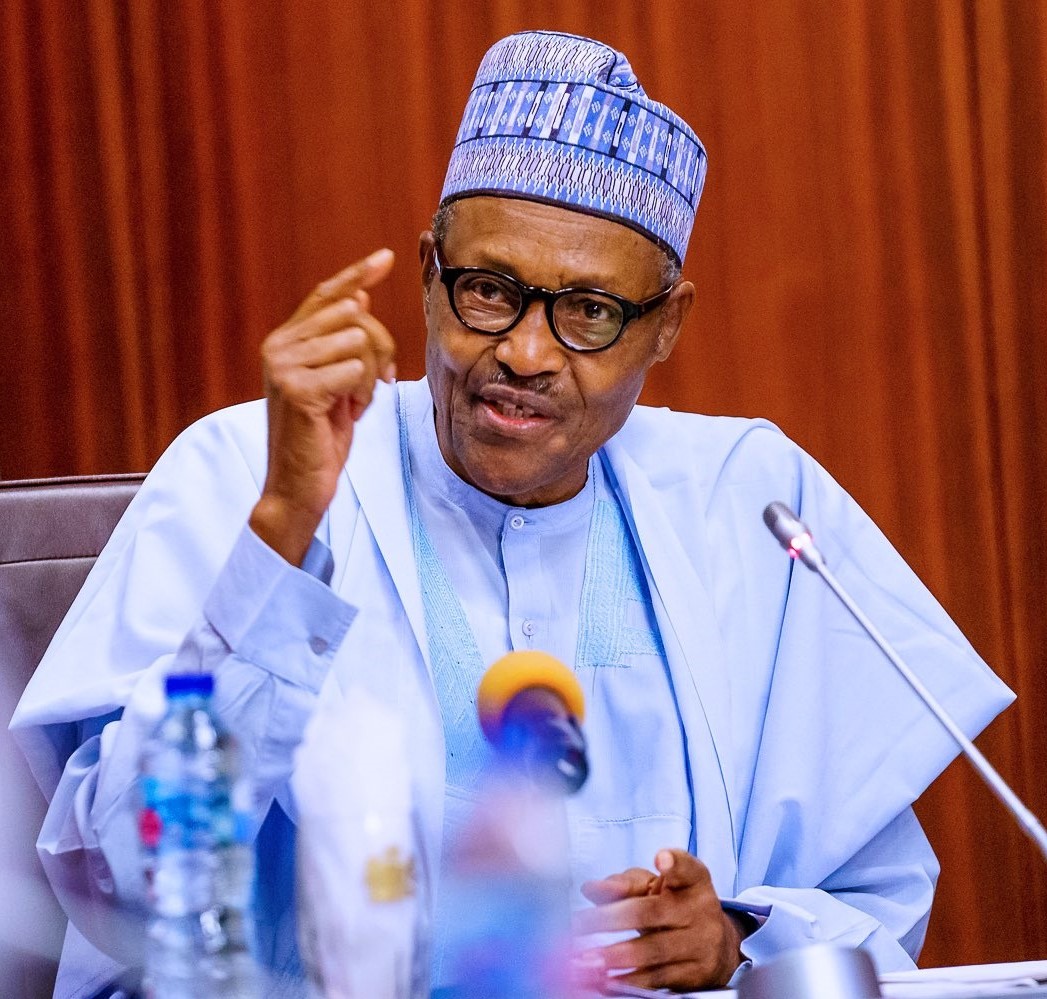 A lot has happened in the past month in Edo State, Nigeria and the globe.

The dusts of some of the occurrences naturally settled in the gale of laughter, shock, unbelief and outrage. Others are still reverberating on individuals, families, communities, states and humanity.

While another lockdown looms, the world is confronted with the socio-economic impacts of coronavirus. Then #EndSARS left Nigeria in ruins. A supposed peaceful protest against brutality and extra-judicial killing degenerated into lawlessness and disorder when hoodlums hijacked it and unleashed mayhem, raping, looting, leaving arson and destruction on national psyche and polity.

#EndSARS reverberated nationally and gained international traction. Sadly, tens of citizens had died by the time bellowing smokes settled for stock taking. It claimed youthful and elderly lives, including security agents drafted to restore sanity. As a tribute to victims who lost lives, have physical pains and who lost properties, businesses or employments, may God comfort you all.

Following the wise call-off of all protests, citizens should support state judicial panels to take stock, learn lessons and make recommendations, in line with presidential directive. However, government at all levels must listen, speak and act promptly in the future and pacify aggrieved citizens, when necessary. Leaders must deliver good governance, secure lives and protect properties to nip future tragedy in the bud.

In the meantime, Ondo State election came with marked improvement from the Independent National Electoral Commission, INEC, under Prof Mahmud Yakubu’s chairmanship. Buoyed by its victory in Edo State, which dispute is the subject of this essay, the Peoples Democratic Party, PDP, had hoped to enlarge its coast in South West by adding Ondo to Oyo. But the party not only watched its cookies crumbled helplessly, the loss forced a soul searching. Edo and Ondo elections are proof that elections can be true reflection of people’s will, if organized in enabling environments.

For President Muhammadu Buhari, the National Leader of the All Progressives Congress, APC, who has unfairly been the butt of wild allegations against his party, Edo and Ondo clearly point to cleaner elections under his administration. Unlike in Edo State, the President led his party’s Ondo campaign after tasking institutions and agencies with credible election. While he watched Edo APC torn into pieces by internal crisis fueled externally, resulting in the cancellation of APC’s final rally that gave the upper hand to PDP, Buhari personally addressed voters in Ondo State in a virtual live telecast with the support of Vice President Yemi Osinbajo. He admonished politicians against do-or-die election, a masterstroke that sealed PDP defeat.

“I have taken a special interest not necessarily because my party is involved but because my focus and attention have been to ensure that we maximize every given opportunity to raise the bar in our collective desire to deepen democracy,” he clarified.

Indeed, the Buhari government is tackling infrastructure rot with zest. But his detractors harp on non-passage of Electoral Reform Bill, among other key indices. That no mountain was made of the molehill after Edo and Ondo elections owes much to the observed marked improvement. As the administration makes elections credible, improve human rights, reform the police, it must also confront insecurity, corruption, inequity, unemployment and road construction to safeguard lives, reduce pains, improve businesses and tackle widespread poverty.

No democracy is immune to abuse. As the 2020 American presidential election showed, it takes citizens and institutions to strengthen democratic foundation. The American judiciary rose to the occasion when it was called. If not, the attempt to halt vote counting, galvanize violence and disrupt the election would have succeeded with irreparable damaged to America’s over 200-year-old democracy. Congratulations to Mr. Joe Biden, Senator Kamala Harris and the Democrats.

One of the problems Edo APC had before election was the gang-up against the no-nonsense leadership of erstwhile National Chairman, Comrade Adams Oshiomhole. A splinter of desperate party men led by Governor Godwin Obaseki, in cahoots with over-ambitious governors across parties, mobilized to overthrow the party’s elected National Working Committee. They successfully removed the NWC, paving way for the Governor Mala Buni-led Caretaker and Extraordinary Convention Planning Committee, but not until after exposing themselves as 2023 desperadoes. One of the ‘offences’ unfairly levelled against Oshiomhole was the loss of Bayelsa State governorship election in the court of law. As the court judgment against APC Deputy Governor-elect ordered, PDP’s Duoye Diri was sworn-in as Governor after the initial winner, APC’s David Lyon, had concluded oath-taking preparations. Governor Obaseki, an APC Governor then, celebrated the judgment in Edo State.

Obaseki was later disqualified for lack of certificates by the Oshiomhole-led APC, which opted to field a qualified candidate, Pastor Andrew Osagie Ize-Iyamu. Thereafter, he dumped APC, picked PDP’s ticket and won the election on 19th September. Seeing how he was exposed after his 2016 election victory by the same PDP, Obaseki knows he would be walking a tight rope once the election predictably returned for judicial interpretation at the courts, where he and his Deputy, Philip Shaibu, are now on cliff-hanger battling to save their plum offices and political careers.

Over time, the celebration of Bayelsa APC’s loss and by extension, the fall of Oshiomhole, has continued to haunt the people that made it fait accompli. As events have now shown, Oshiomhole was not the problem of APC. Six months after Oshiomhole left office, another monumental political disaster is about to befall Bayelsa APC. Last week, a High Court disqualified the party’s candidate for Bayelsa West District bye-election and former Deputy Governor, Peremobowei Ebebi, after verifying his eligibility. With this fresh crisis in Bayelsa APC, the PDP flagbearer and immediate past Governor, Hon. Seriake Dickson is assured of an easy victory.

Meanwhile, Edo State Government continues its plans for a low-key inauguration ceremony in Benin City scheduled for 12th November. But the allegations of perjury and forgery on the necks of Governor Godwin Obaseki and Deputy Governor, Philip Shaibu, have overshadowed what should have been another historic moment. They are yoked by a two-prong cases simultaneously at the Edo Governorship Election Petition tribunal in Benin City and the Federal High Court in Abuja. There are five petitions at the tribunal contesting his alleged ineligibility, INEC’s omission of names or logos and malpractices. On the other hand, there are two pre-election cases at the Federal High Court in Abuja, seeking to determine the authenticity of Obaseki and Shaibu’s educational claims and their eligibility.

Candidate of the Action Democratic Party, ADP, Iboi Emmanuel, apparently filed the most germane petition at the tribunal. Mr. Emmanuel took 3rd position in the election. He is praying the tribunal to disqualify Obaseki, sack him for forgery and re-allocate his votes to others since the governor was ineligible to contest the election, ab initio, according to Section 138 (1) (a) of the Electoral Act 2010 as amended.

Ize-Iyamu, runner-up in the election, further explained the Abuja cases, “On our part, we have filed two pre-election cases against the PDP and its flagbearer challenging their eligibility to contest the election. These are lawful and integral parts of the electoral process in any democracy, which we must all respect and acknowledge as genuine democrats. The outcome of these pending cases has direct effect on the election.”

Beside the inconsistency in his NYSC Discharge Certificate, there are many questions the cases seek to answer on Obaseki. One, how could the Vice Chancellor of the University of Ibadan from December 1975 to November 1979, Prof Tekena Tamuno, who died in 2015, sign Obaseki’s re-issued certificate for the election? Two, why is Obaseki’s date of admission into UI inconsistent with the date of his graduation? Three, how did he obtain UI admission and degree in Classics with just three passes (excluding English and Mathematics)? in his acclaimed A-Level etc.

Democracy is more than election. Election is more than voting. Election is regulated by laws that must be obeyed. Leaders cannot approbate and reprobate at will or at whims and caprices. They cannot praise a sore loser in another clime who sought unsuccessfully to abort a democratic process before running to the court and condemn contestants here that peacefully approach the judiciary for proper interpretation of perjury and forgery. Nobody goes to equity with soiled hands. Edo State deserves more than liars and crooks as leaders.

Considering how Obaseki and PDP are surreptitiously pursuing their own baseless and rudderless pre-election cases against APC and its candidate, the exercising of Ize-Iyamu’s legal rights must be commended, respected, supported and pursued, logically, by all democrats, nonetheless President Buhari and APC leadership. That is one apt way to raise the national democratic bar.

America: A Mutation Of Verities