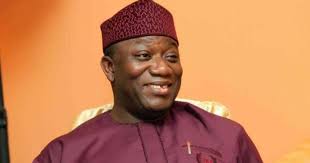 Three randy teachers in the service of the Ekiti State Teaching Service Commission, Ajibola Gbenga and Olaofe Abiodun, both of All Souls Grammar School, Ado Ekiti and Mr Olaitan Adeyanju of Osi Community High School, Osi Ekiti, have been dismissed with immediate effect by the Ekiti State government on Friday.

The government announced the immediate dismissal from service of the three public secondary school teachers, who were accused and found guilty of sexually harassing their female students.

Making this known in Ado Ekiti, the State Teaching Service Commission, TESCOM, after its emergency plenary in Ado Ekiti, the state capital, said the board dismissed the erring teachers for sexually molesting their students and bringing the state into disrepute.

TESCOM Chairman, Mr Babatunde Abegunde, said that the behavior of the teachers amounted to gross misconduct unbecoming of those entrusted with moulding the destiny of younger ones.

Explaining that the penalty meted out to them was in line with the Public Service Rules and the State Teachers’ Manual, the TESCOM chairman noted that the Commission followed due process as laid down by extant rules to avoid miscarriage of justice in arriving at its decision.

He explained that the erring staff were first queried and interrogated at the school level before repeating the process at the commission, adding that the trio earlier appeared before the Commission’s Disciplinary Committee which, after thorough investigation that took it to the affected schools and communities, later arrived at the appropriate recommendations.