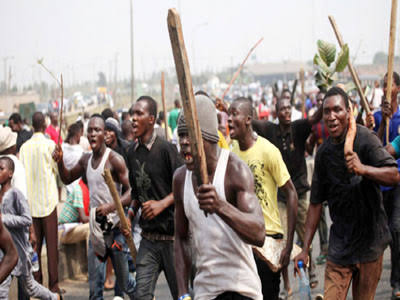 Men of the Nigeria Police Force, NPF, are said to be desperately looking for some notorious political thugs, who were allegedly responsible for the disruption of bye-elections and re-run elections conducted by the Independent National Electoral Commission, INEC, nationwide in 2017, to fill vacant positions in the National Assembly, occasioned by the death of some members of the federal legislature and the nullification of some other federal lawmakers’ victories at the polls by various National Assembly Elections Petition Tribunals.

CompassNG reliably gathered from competent security sources that the incumbent administration of President Muhammadu Buhari is bent on extending its fight against corruption to all levels, including all political parties, to forestall such reoccurrence in the future.

According to the sources, no fewer than eight members of a notorious gang of political thugs, who were used by highly influential politicians in Nigeria during the 2017 bye- and re-run elections are now being hunted by security agents throughout the country.

It was gathered that the thugs, led by one Olayinka Sulaimon Oladayo, a strong member of one of the strong political parties in the country, who has strong connections with high ranking politicians, were not only used to  perpetrate thuggery, but also to disrupt many elections in 2017.

The leader of the thuggery gang, Olayinka Sulaimon Oladayo,  who is said to be mean and fond of getting away without  being reprimanded for sundry acts of thuggery and hooliganism, is now being sought after by security operatives, sources confided in CompassNG.