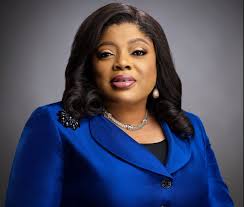 Fidelity Bank Plc and the Chairman of Non Academic Staff Union, NASU, of the University of Ibadan, Comrade Abiodun Rasaki Omisore, have been allegedly involved in a non-transparent loan agreement on behalf of the non-academic staff, a development CompassNG gathered might snowballed into strike action anytime from now.

Findings revealed that trouble started when a loan deal was struck with its servicing to last for two years, but Fidelity Bank was still making deductions after the expiration of the loan tenure, thereby raising suspicion that the NASU Chairman has gone into signing agreement without NASU consent.

NASU members became angry when they realized a proviso that in the loan deal, they have to pay for the leftovers of the retired staff who refused to pay up their loan before their retirement and have already spread the outstanding on others, a development, considered non transparent by the financial institution and the management of the union,leading to rise in tempers among NASU members in the citadel of learning.

Members of the University of Ibadna chapter of NASU claimed that they were not aware of this, until they were confronted by the bank.

They alleged that the NASU chairman, Comrade Omisore, who had allayed the fears of his colleagues that they are going to get to the root of the issues, allegedly joined hands with some staff of the bank to defraud them.

Attempt to reach out to NASU Chairman to confirm the strike threat over this was not fruitful as his MTN line was not available as at the time of filing this report.