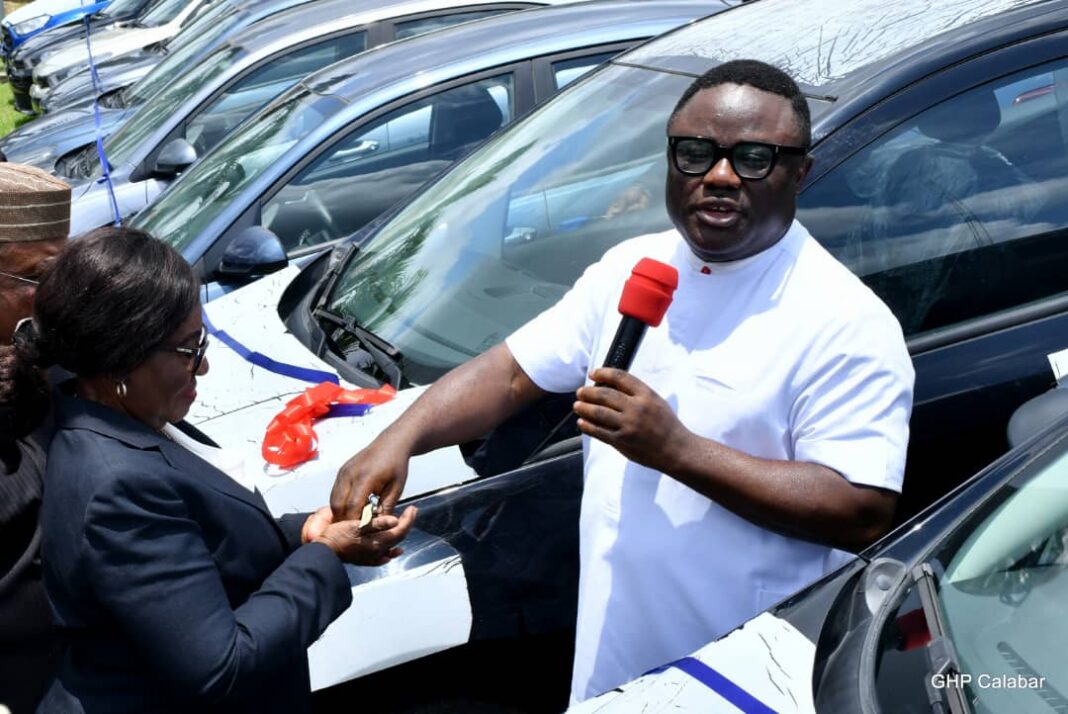 In a brief ceremony at the Governor’s Office open field, Ayade handed over the keys to the vehicles to the state Chief Judge, Justice Akon Ikpeme.

Speaking further, the governor told Justice Ikpeme that the presentation of the vehicles afforded him another opportunity to once again, on behalf of the government and people of Cross River State, thank the judiciary for dispensing justice without fear or favour.

His words: “I’m particularly happy and I’m using this opportunity to express my gratitude to the Nigerian judiciary for standing on the side of the law, by standing with the truth.

Responding, the Chief Judge of the state commended the governor for the gesture and pledged the judiciary’s commitment to justice delivery.

“We have new judges and you have thought and deemed it fit to give them these cars. We thank you very much and on our side, we will continue to work for the betterment of the state as far as justice delivery is concerned.”

IBEDC Warns Against Attack On Staff

N-Power Beneficiaries To Get Jan, Feb Stipends From Friday -FG