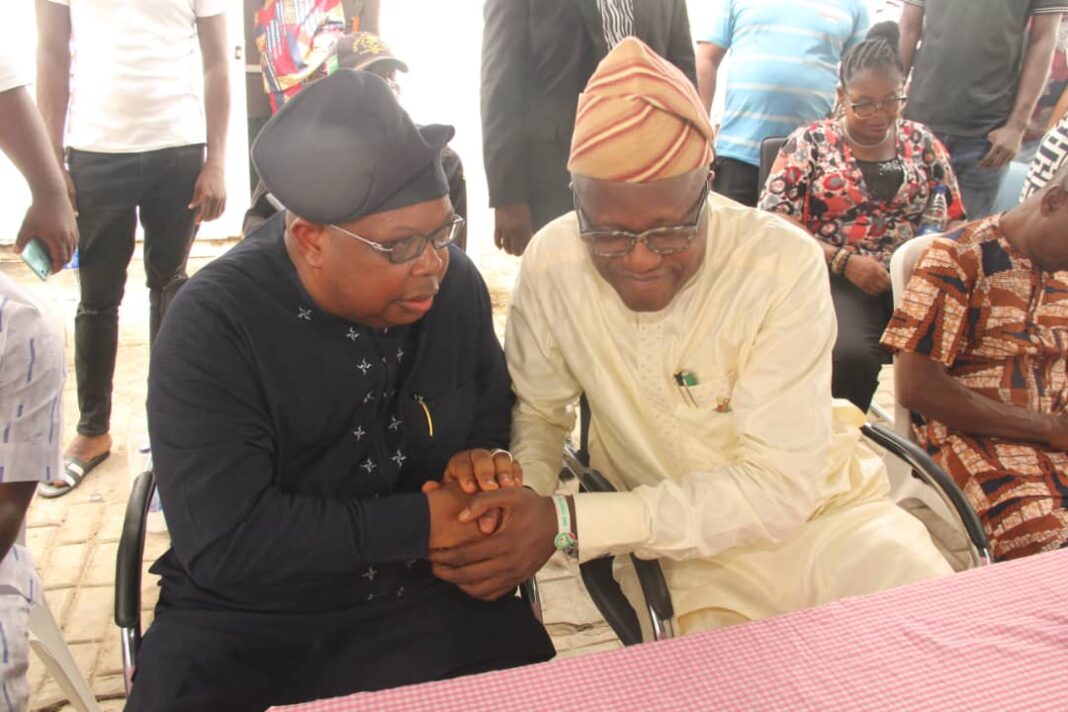 In an event held at his residence on Friday, in Ibadan, Dr. Nureni Adeniran, who hosted party stalwarts, including 27 coordinators from the nine local government areas, 99 ward coordinators within Oyo South senatorial district and other supporters working for his senatorial ambition, said that the decision was taken in the common interest of the party and the state.

Recall that Dr. Adeniran, a PDP chieftain, and a frontline aspirant for the Oyo South senatorial seat, stepped down for a new party chieftain, Mogaji Tegbe.

Handing over his political structure to Mogaji Tegbe, Dr. Adeniran noted that his co-ordinators from all 9 local government areas and 99 wards within Oyo South senatorial district will henceforth adopt Tegbe.

He added that this was to further spread the gospel of politics without bitterness, hinting that this step was a clear indication that the PDP would record victory in the coming elections.

He said, “We have invited you today, to intimate you of the outcome of a series of meetings of all my local governments and wards coordinators. We have resolved to back Mogaji Olasunkanmi Tegbe for the polls.

“For my political team and I, we are committed to continuation of good governance in Oyo State, which is being offered by the PDP. There is no gain saying that the present leadership in Oyo State, led by Engr. Seyi Makinde is the best thing that has happened at this time. Therefore, I am very certain that the decision of the party leadership is good for our state and we would support our candidate.

“This is an organised effort to save our dear state from political quagmire and undesirable socio-economic predicament of our people.”

Adeniran said he has therefore resolved to work in tandem with the party’s wish, to field Mogaji Tegbe as the party’s candidate.

He therefore urged Mogaji Tegbe to ensure he fulfills his manifesto for the welfare and well-being of the good people of Oyo South and by extension Oyo State.

Responding, Mogaji Tegbe expressed his gratitude to Dr. Adeniran, adding that his gesture would help attract more endorsement from key stakeholders of the party.

An elated Mogaji Tegbe added that with this, his senatorial ambition has received a big boost.