National Compass NG
Home Opinion Sanusi And Other Side Of Success 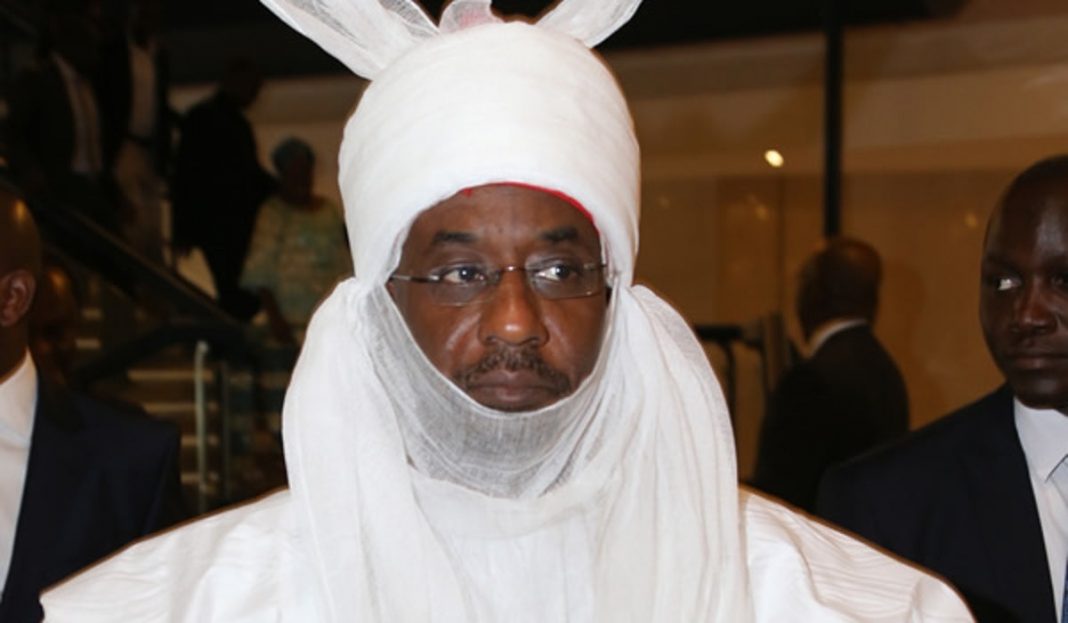 If success can be defined as the accomplishment of an aim or purpose, then the former Emir of Kano, Muhammadu Sanusi II, is by every inch a successful person. I don’t want to go into the nitty gritty of how what happened come to happen, because I know a lot, I would rather delve on the two sides of success.

I have never met any person, living or dead, who remained passionately committed to a single ambition, without seeking substitute from God like Yallabai, as we used to call Sanusi Lamido Sanusi, in the university.

Everyone that knows him would tell you, the ambition of Yallabai was to become the Emir of Kano. Suggesting anything to the contrary, is an invitation for the severance of the relationship.

Despite his many accomplishments, including becoming the first Northerner to head the prestigious First Bank of Nigeria, and later excelling to the zenith of the banking career, by becoming the governor of the Central Bank, CBN, Sanusi Lamido Sanusi was relentless in prayers, for God to make him achieve the dream of his life.

To him, becoming the Emir of Kano is the only meaning of success. From the day he mounted the throne as the 14th Fulani Emir of Kano, sometimes in 2014, His Highness Sanusi Lamido Sanusi changed his name to Emir Muhammadu Sanusi 11.

Muhammadu Sanusi 1 was his grandfather and the former Emir of Kano who was dethroned under similar circumstances.
There is an African proverb that says that if you want know the end, look at the beginning. By simple analogy, that sudden act of metamorphosis in royal nomenclature, gave me the impression that His Highness Sanusi, has the premeditation of permitting history to repeat itself.

He knows the beginning of the throne of his grandfather, at least in history. He also knows how the battle ended, yet he was determined not only to follow his footpath, but be reckoned with in name, and indeed.
It is extremely interesting to see how people strive to reach their goals, believing that goal is the success that will bring them happiness in life, and yet after achieving the goal, they still feel dissatisfied, through the exhibition of inner emptiness, or the show of un-fulfilment.
They begin to venture into other areas that are not within the jurisdiction of their dreams. This may lead them to the other side of success.

According to Paul Harrison, “Success leads to different interpretations and higher expectations. So if you plan on becoming successful in life, then you better brace yourself to see an ‘ugly’ in people that you probably wouldn’t otherwise. You might even be one of those people who dwell on the successful, and if you are, then shame on you. You are stunting your own growth, the growth of other people and the growth of our society. Jealously is an evil trait and hurts us all in the end”.

Success comes with many challenges, the least of which is how to deal with others, who may not necessarily be as successful. Not everyone amongst the successful is successful enough to learn the tricks and traits of managing success. They mostly get carried away by the shimmering illusion of their accomplishments. And this opens the door to the other side of success.

Another popular African proverb says, ‘Deal with the faults of others as gently as your own. The message in the adage is that, as human beings, we are constantly prone to making mistakes. How we correct them and give others the benefit of making similar or greater mistakes is what makes us different.

I am not blue blooded, so I don’t know the excitement associated with being an Emir. But I know the feeling and distress that come with the loss of position, particularly a position that was a lifelong ambition. The trauma caused by such loss or disappointment, can only be imagined. I am imagining it for His Highness, the immediate past Emir of Kano, Muhammadu Sanusi II.

I happen to be the first in my family to have access to western education. This injected in me a dream, a dream that drove me to study hard and made it to the university. My siblings saw me as an example to be imitated. And I was elated with the feel of success in academic accomplishment.
In my final year in the university, destiny changed the trajectory. I was expelled from the university. When you look at the amount of commitment one puts to get to the final year in the university, alongside the candle of hope you are holding to light up the way for your siblings, who see you as a role model, the magnitude of the misfortune suffered, is better imagined. You are now thrown to the other side of success.

No one would care to know whether you were rightly or wrongly convicted. The issue is, you have been convicted, expelled, deposed or overthrown. From that minute, you start living on the other side of success.

Except for those with piety, such setbacks carry substantial and sometimes irreversible effect on the personality of the individual, because he would be living with phobia of being left on the other side of success.

For former Emir Sanusi, may Allah make the other side of success, to be the most euphoric in life. Ameeeen.