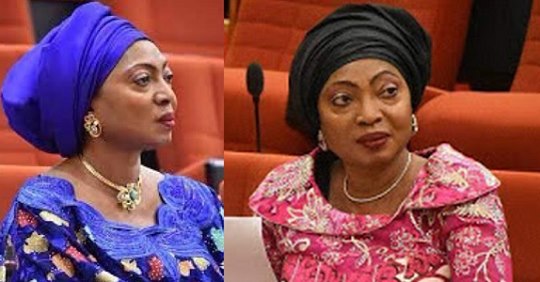 Former Senate Leader, Senator Victor Ndoma-Egba, SAN, has expressed sadness over the demise of Senator Rose Okoji Oko, describing her as a notable woman of virtue, who served her people and the country with great dedication and commitment.

Senator Oko, a second term lawmaker representing Cross River Noth senatorial district and chairman of the Senate Committee on Trade and Investment, died at a hospital in the United Kingdom, where she was receiving treatment for an ailment.

In a statement by Ndoma-Egba, he said, “I received with sadness the news of the death of a dear sister Dr (Mrs) Rose Okoji Oko in a London medical facility on 23 March, 2020 at the age of 63 years.

“Rose, as she was fondly known, has always been a lady of promise right from her days in the Holy Child Secondary School (Mount Carmel) Ogoja. She showed early that she was to be announced to the world.

“She was to become the epitome of womanhood; beautiful, intelligent, a wife, a mother and an outstanding public servant, combining the demands of each role seamlessly to create a persona of domesticity and excellence. She demonstrated the remarkable possibilities of womanhood. She was proudly Cross Riverian, hardworking, enterprising and resourceful. Even as a widow she showed strength and resilience.”

Ndoma-Egba added, “Starting her public outing as a lecturer in the University of Calabar, after her PhD, she was variously Commissioner for Education in Cross River State, Director General in the Presidency under the military, Commissioner in the National Refugees Commission, among many other positions.

“She went into full time politics seeking the office of governor. She however found her definition in the House of Representatives, before her elevation to the Senate, where she was not only a beauty, but a brain. Her contributions on the floor were always deep and illuminating.

“By her death Cross River State has lost her cut and polished gem, her shining star in the federal firmament. Her life, though relatively short, was rich and full. Life is not measured by its years but the life in the years. She had life in all of her years.

“My wife and I join in mourning the demise of this true lady of worth and substance and pray that her children and the family at large be consoled by her life of love, service and sacrifice to family, community, state, nation and humanity.  When our history is written, she certainly will have more than a passing mention. May she rest in perfect peace.”