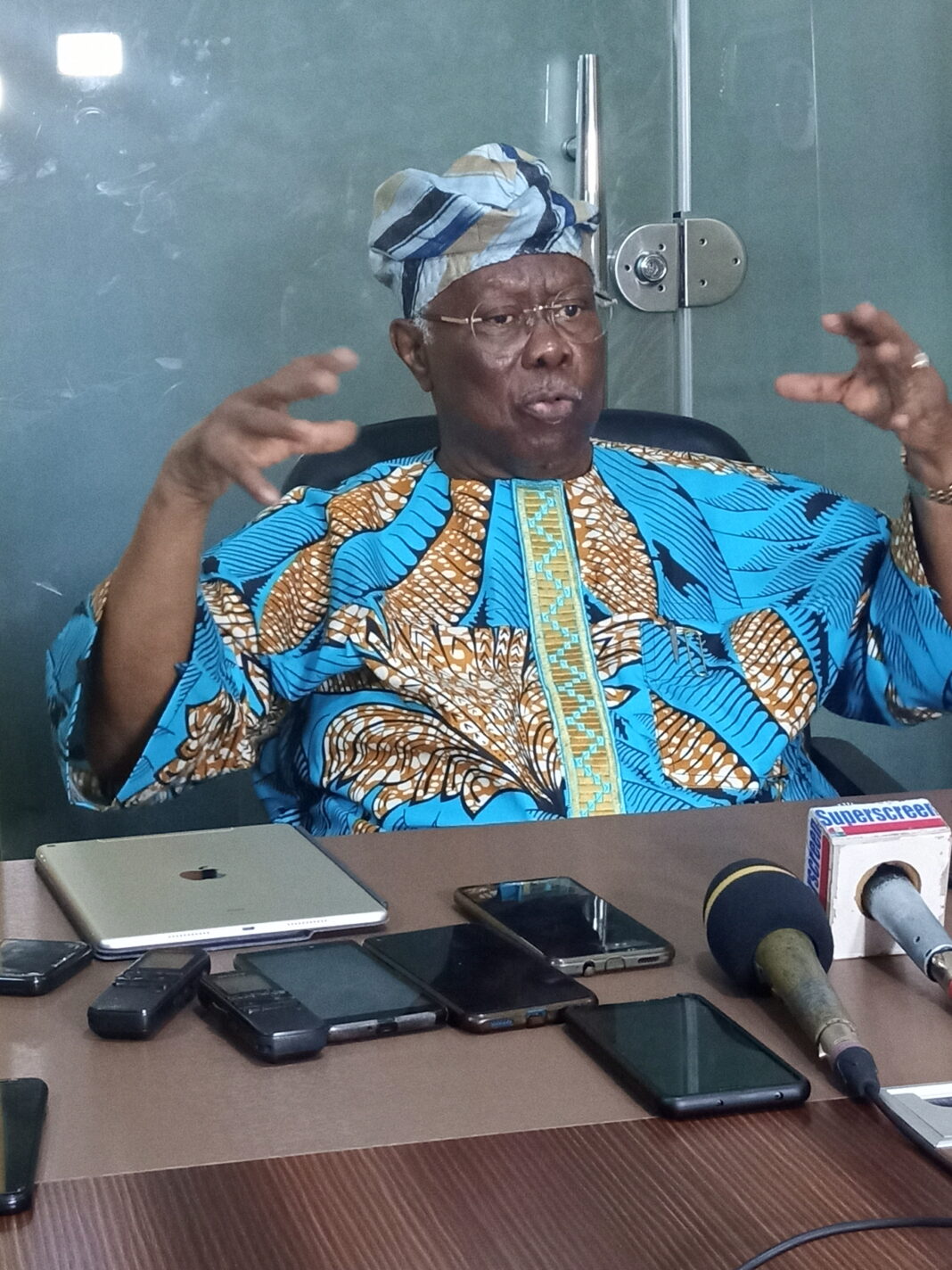 Former Deputy National Chairman and Board of Trustees, BoT, member of the Peoples Democratic Party, PDP, Chief Olabode George has expressed surprise at the demands for an administrative fees from aspirants to various offices in Lagos State on the platform of the PDP by the Lagos State Working Committee, insisting that such extra payment is illegal.

Recall that the Lagos State Working Committee of the PDP in a memo dated 19th of April, 2022, signed by the state PDP Publicity Secretary, Hon Hakeem Anode and sent to all aspirants stated that state House of Assembly aspirants should pay an administrative fee of N50,000 to the state Financial Secretary.

It also directed that the sum of N200,000; N350,000 and N500,000 should be paid by federal House of Representatives aspirants, senatorial aspirants and governorship aspirants respectfully as administrative fees.

George in a release he personally signed on Tuesday warned the aspirants to ignore such directives, saying that such ‘administrative charge’ is unknown to the PDP constitution and therefore is illegal.

George also called on the National Chairman of the party, Dr Iyorchia Ayu, to call the Lagos exco to order and stop them from imposing unnecessary fees on aspirants who have already paid money for Expression 9f Intent, EoI and nomination forms for their desired positions at the party headquarters.

He said that all the states chapters will get a certain percentage of the money already paid to the national body of the party, hence there is no need to further charge the aspirants any fees.

The Atoms Oodua of Yorubaland further said that if the Lagos State Working Committee of the PDP embarks on any extortion or illegal collection of money from the aspirants, he will not hesitate to petition the Economic and Financial Crimes Commission, EFCC.

He said, “I hereby warned all our aspirants to be vigilant and not to pay any illegal fees. The act of extortion being embarked upon by the Lagos exco should be shunned and ignored.

“I equally warned the exco not to extort our party members. They are to pay only fees that are legal.”