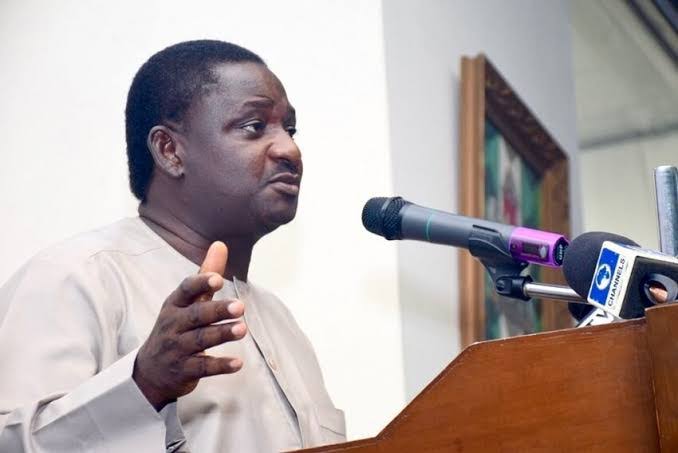 But as the world reels under the impact of a most pernicious pandemic, a suicide bomber wreaking deadly havocs, merchants of fake, hateful news remain fully at work.

Aso Villa, the seat of presidential authority, has been their focus for most of the week. They have kept churning out spurious reports after the other about President Muhammadu Buhari, and some other people who work with him. If you choose to believe them, the President by now has even been evacuated, and is receiving medical attention at an undisclosed location somewhere in the wide world.

Breaking news from Aso Villa. That is what you have had day after day. And each time I am contacted to authenticate one story or the other, I tell the enquirers that the Presidential Villa is part of the world, part of humanity, and the people there are not immune from what is happening in the rest of the world.

But the outright fake, hateful news, I have ignored all week. Not a word in response. How do you begin to give wings to concocted stories through responses that will make the falsehood fly faster? No, purveyors of wickedness should not have the satisfaction of drawing us out all the time, and getting some tacit endorsement for their flight of fancy.

A top aide of the President tested positive early in the week. He is receiving adequate care, and he has our best wishes. But for the sinister minds, it was floodgate to all sorts of malediction. All sorts of Breaking News followed:

‘Intensive care machines brought into Aso Rock.’ ‘President Buhari coughing ceaselessly.’ ‘PMB under intensive care.’ ‘Adesina among those who accompanied Abba Kyari to Kogi.’ (I never did). ‘Garba Shehu under self-isolation.’ ‘Buhari may be smuggled out of the country, as condition worsens.’ And by yesterday, a recorded message started circulating on WhatsApp, saying President Buhari had been sneaked out of the country. To where? By who? Their fecund imaginations did not say.

And more Breaking News: ‘Buhari bans journalists from covering Aso Villa.’ (A man supposedly in intensive care was still banning reporters. Lol). ‘Buhari in self-isolation’ (Yet he was in the office on Monday, Tuesday and Wednesday, even receiving visitors). ‘Aso Villa shut down.’ And the vile beat goes on…

But God pulled a fast one on them. He brought the President back, as right as rain. Haven’t they learned their lessons?

With the good people, however, positive things are happening. Tony Elumelu’s UBA is giving N5 billion to help Nigeria and Africa. Abdusamad Rabiu (BUA) has donated N1 billion in cash.

Folorunsho Alakija has imported test kits and other materials for Nigerians, worth hundreds of millions of naira. Aliko Dangote, after an initial donation of N200 million to combat Coronavirus, is leading top bankers and the private sector generally to raise aid. GTBank has donated a 100 beds care center. The Redeemed Christian Church of God has provided ventilators. And many more.

These are the people and organizations that should define us as a people, not the conjurers of wickedness and doomsday. God is surely greater than them. And Nigeria too.