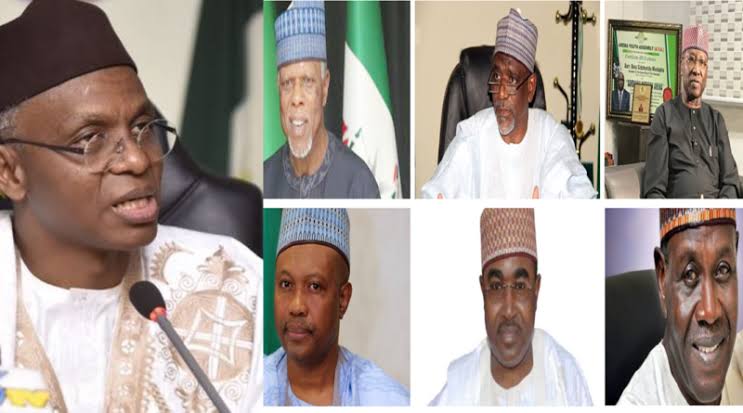 Indications have emerged that the chances of former Secretary to the Government of the Federation, SGF, Ambassador Babagana Kingibe, becoming President Buhari’s Chief of Staff, CoS, following the demise of the immediate past occupant of the office, Mallam Abba Kyari, continue to dim by the day.

This follows concerns among the cabal of Kingibe’s alleged penchant for betrayal and disloyalty to his principals.

However, with Kingibe’s chances going down the valley, the chances of another Buhari’s long-time ally and loyalist, Minister of Education, Adamu Adamu, are on the upward drive.

There are indications that Adamu, who is from Azare, in Bauchi State, and is renowned to be the closest minister to the President, is likely to inch the post, which became vacant following the death of Kyari, who was appointed to the office on August 27, 2015. Adamu was also before his appointment as minister, in 2015, the secretary of the Buhari Presidential Transition Committee.

A source in the Presidential Villa, who pleaded anonymity, because he was not competent to speak on the matter told CompassNG that the jostle for the office of the CoS has led to an electrifying battle of wits between the First Lady, Aisah Buhari, and the Aso Rock cabal, led by the President’s nephew, Mamman Daura.

The search for Kyari’s replacement has threw up a few names, apart Kingibe’s and Adamu’s. Others who name has featured in the list include: former military administrator of Lagos State and prominent Babangida Boy, General Buba Marwa and retired civil servant and former minister, Isa Funtua.

Other who had had a look in are: former Minister of Interior, Gen Abdulrahman Dambazzau; another retired General, whose name could not be ascertained as at the time of filing in this report; Customs’ Comptroller-General, Hamid Ali; Secretary to the Government of the Federation, SGF, Mr. Boss Mustapha; Kaduna State governor, Nasir el Rufai; Senior Special Assistant, SSA, to the President on Special Duties, Ya’u Shehu Darazo; and the immediate past Permanent Secretary, State House, Mr. Jalal Arabi.

Among the lot, five are considered to be members of the President’s kitchen cabinet, otherwise called the “Cabal.”

A competent Villa source revealed that what undid Kingibe was his alleged propensity for disloyalty and betrayal of his principals he has worked with politically.

He said, “It might land on Adamu Adamu. Scheming still on. Kingibe was dropped because Buhari and those around him felt he is a betrayer. He betrayed late Chief MKO Abiola and late President Umaru Musa Yar’Adua. Kingibe allegedly abandoned Abiola, whom he ran with as Vice President, during the June 12 struggle and also allegedly leaked information about Yar’Adua’s sickness to the media.”

Compass NG reliably gathered that the First Lady, Mrs Buhari, is however, bent on asserting her authority in the scheme of things in the Villa. Towards this end, she was said to have moved to block the Daura-led cabal from dictating affairs in the Buhari Presidency.

It was further gathered that while Buhari is putting finishing touches on his choice of Adamu as CoS, Aisha is ensuring that she blocks the Daura and his cabals, who are bent on foisting Kingibe, despite his alleged flaws, or one of them as the CoS.

Recall that Aisha and Daura, perhaps the most influential non-elected figure in the Buhari Presidency, have been at each other’s jugular over who calls the shots in the Villa.

Feeling slighted that she was relegated in the scheme of things and does not have much influence over affairs in her husband’s administration, Aisha has been kicking against the continued stay of Daura, renowned to have the President’s ear, in the Villa.

Teenager Pushes Woman Over Balcony For Rejecting His Advances