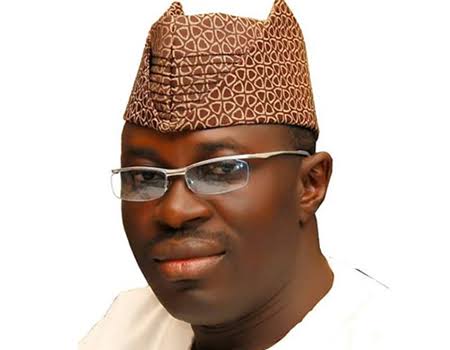 Former deputy governor of Oyo State, and an aspirant for the post of People’s Democratic Party, PDP, National Vice Chairman, South West, Hon.Taofeek Arapaja, has appealed to members of Lagos State chapter of the party to bury their differences in the interest of the party, so that it canmove forward.

Arapaja said this in Lagos at the stste PDP Secretariat, when he came to seek the support of members of the tate chapter of the PDP for his ambition.

He stated that, the All Progressives Congress, APC, is not better than the PDP, but the party was having its way because of the division in the PDP.

He said, “We came for your blessings, prayers and seek your vote in the zonal congress that comes up very soon. It is also time to win Lagos State, and take power to where it belongs. We gave them, the APC, the opportunity because we did not work as a team. Lagos State is of strategic importance, we need to win the state; we should rise above petty jealousy; the objective is to take power from those people and restructure the party.

“These people have their way, because we are not united. Let us stop wasting our time, if you have executive council without being in government, the executive council is useless. We are appealing to you, begging you to be united.”

He however, added that, if there is the need to appease and beg some members for the party to work as a team, he was ready to do that.

Speaking in the same vein the chairman of the South-West PDP Caretaker Committee, Dayo Olugbenro charged members of the Lagos State chapter of the party to forget their differences, and work as a team for the sucess of the party.

He said he deliberately avoided visiting the Lagos State chapter of the PDP, because of the crisis in the chapter, adding that he was not good at managing crisis.

The gathering which comprises of the party delegates to the forthcoming Zonal congress, in their decision unanimously adopted Arapaja as their consensus candidate for the post of National Vice Chairman, South West, in the forthcoming congress.