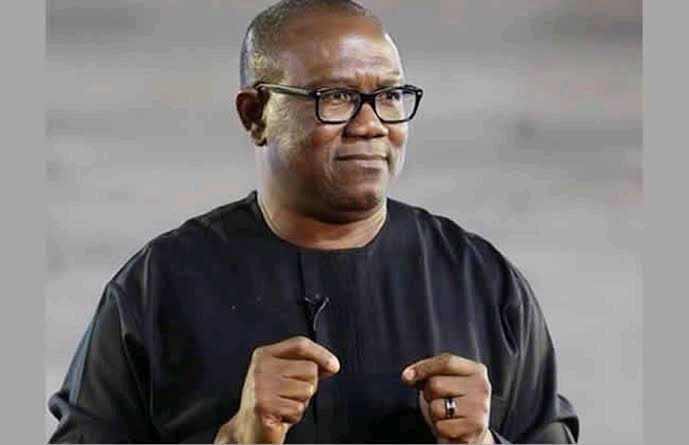 The All Progressives Congress, APC, Presidential Campaign Council, PCC, has described the manifestos of the presidential candidate of the Labour Party, LP, Peter Obi, as vacuous, insisting that it offered nothing new to Nigerians.

This was contained in a statement signed by the Director, Media and Publicity of the APC PCC, Bayo Onanuga, and made available to newsmen.

Onanuga said, “We are glad that Labour Party and its presidential candidate, Mr. Peter Obi, finally released their much-awaited policy document after many contradictory statements on same.

“After perusing the document, which is very high on graphics and demagogic rhetorics, and short on substance, we have come to the conclusion that the document is empty and vacuous.”

The APC PCC insisted that the document, titled ‘It is Possible: Our Pact with Nigerians,’ offers nothing refreshing to Nigerians, adding that it came across as total anti-climax.

“By now, many of the gullible followers must have been utterly disappointed that their man didn’t offer them anything to be proud of after all the blusters and the initial leakage of the document, which contains, strangely, 15 pages of the biographical sketches of Obi and his running mate, Datti Baba-Ahmed.”

Onanuga averred that Mr. Obi’s document contained no grand policy initiatives and options to excite right thinking Nigerians adding, “It was silent about how Obi wants to achieve his high falutin objectives. Instead, it will set alarm bells ringing in the South-South and North-East, as Obi promises to ‘engineer the transition of Nigeria from a fossil fuel dependency to climate and eco-friendly energy use.”

“One of the fallacies contained in the document, which Obi has often repeated to his followers, is that Nigeria is a failed state. We wonder whether the Labour Party candidate sometimes bothers to check the meaning of a failed state and whether the country he dreams to govern falls into the mould of Yemen or Somalia, where institutions of government have lost total control of their societies.

“Another fallacy is Obi’s claim that Nigeria recorded modest gains between 1999 and 2015, the PDP years, even when all verifiable evidence points to the contrary.”

Onanuga said that the LP candidate simplistically diagnosed Nigeria’s problem as ‘elite capture,’ which he said “is self-indicting, as he and his running mate, who he styled ‘new breed’ are members.”

The statement continued, “He claims incompetent leadership has divided the nation, playing up religious and ethnic sentiments. Another self-indictment as the hallmark of his campaign has been to jump from one church to the other, positioning himself as a ‘Christian candidate,’ and inciting the church against the current APC government.

“In fact, the document Mr. Obi released is a poor imitation and regurgitation of what the current APC-led administration of President Muhammadu Buhari is doing. If anything, the document showed him as a man without honour, credibility and character, because he is promising to do all the things he has railed against and de-legitimised in the past.

“We make bold to state that Mr. Obi lacks the mental acuity and rigour for the job he is asking Nigerians to entrust to him. He is surely not ready and prepared to be the President this great country deserves. And if indeed the Labour Party candidate paid for the wishy-washy document, he should ask for a refund for the following reasons:

“On Security: In his document, Mr. Obi and his running mate promised to tackle insecurity, defeat Boko Haram, bandits and other violent crimes by partnering with Cameroon, Chad and Niger. It is a pity that Mr. Obi and his party didn’t know that President Buhari did this within his first week in office as President in 2015 and has continued to strengthen regional cooperation. The Multi-national Joint Military Task Force, with headquarters in Ndjamena, Republic of Chad, is an outcome of the successful diplomatic shuttle to these neighboring countries, including Benin Republic.

“Through the Joint Military Task Force and our gallant soldiers, Boko Haram and ISWAP have been routed out of Nigeria and permanently degraded and the whole of North East is stable. Thousands of displaced people have returned to their communities to restart their social and economic activities. Peter Obi has nothing to offer on security, if he is only promising what Buhari has been doing for over seven years. Anambra was one of the most unsecured and volatile states riddled with criminals and kidnappers when Obi was governor for eight years, without any solution until Governor Willie Obiano came to tackle the problems head on.

“On Power: In a surprising departure from his penchant for falsehood, Obi promised to continue and complete the $2.5 billion Federal Government-Siemens Power network upgrade. Nigerians should recall that Peter Obi told the world that he went to Egypt on a study tour of power, where he was told by Siemens that nothing is happening on the power agreement the company signed with Nigerian government. Without apologising for his lies and deliberate mischief, Peter Obi is promising in his document to continue with a project he said does not exist. What a travesty! In a show of total lack of awareness, Obi also promised to complete Dadinkowa hydropower project as part of his promise to solve electricity problems in Nigeria, without knowing that same project has since been completed by the current administration of President Buhari.

“On Infrastructure: Peter Obi promised to invest in infrastructure, especially rail, ports, broadband, roads, airports, etc. We find this laughable and a barefaced dishonesty, just to hoodwink Nigerians. This is the same Mr. Obi, who has launched the most vicious attacks on President Buhari for having the courage to upgrade our broken critical infrastructure. For the past seven years, Mr. Obi’s sing-song has been that infrastructure does not help the economy and eliminate poverty. While President Buhari and the APC administration believe that there can never be any meaningful economic growth without infrastructure to power it, we don’t expect Mr. Obi, a warehouse and container economist, to understand the nexus between economic growth and infrastructure. It is good that Obi has now seen the light on the social and economic imperatives of infrastructure, but he can’t be trusted to do anything. There is no signature infrastructural project Mr. Obi can point to in Anambra State, where he governed for eight years.

“On non-oil GDP and Widening Tax Net: We are happy that Mr. Obi admitted in his document that non-oil revenue has increased significantly under the Buhari-led APC administration, and he will continue with the success. Unfortunately, Mr. Obi has no record of increasing revenue. As governor for eight years in Anambra State, Obi could not grow Internally Generated Revenue of the state by ordinary five work cent year on year. His current successor, Governor Charles Soludo, attested to Obi’s mediocre performance as governor of Anambra State in his recent widely published article.

“If Obi could not change the fortunes of the state he led for eight years, he has no capacity to deliver on non-oil revenue for Nigeria. Only our candidate, Asiwaju Bola Ahmed Tinubu, has the record to grow revenue and significantly improve non-oil GDP, because he set the standards in Lagos State, which the Federal Government copied. Today, Lagos State is the 5th largest economy in Africa, with over $150 billion GDP. The current APC-led Federal Government has expanded the tax net in Nigeria from 10 million payers in 2016 to current 41 million, according to the Federal Inland Revenue Service. The Buhari administration alone brought 31 million new tax payers into the net from 2016 to 2021, more than what all previous governments since independence have ever achieved.”

Onanuga further stayed that the position of the APC PCC on the Obi policy document is “contrary to the image of a reformer and thinker Obi and his followers have created of him, we make bold to say that the Labour Party candidate is vapid, intellectually arid, a mere impostor, who only seeks to play on the emotions of his gullible followers.

“Mr. Obi’s policy document, if anything, has only exposed him as ill-prepared for the titanic task of governing a country the size of Nigeria. As a candidate, he has nothing new to offer Nigerians beyond hawking fake statistics and preying on the young people’s sentiments as a demagogue.

“Nigerians are warned to steer clear of Obi and his party. His whole presidential ambition is full of sound and fury, signifying nothing, to paraphrase Williams Shakespeare in his play Macbeth.