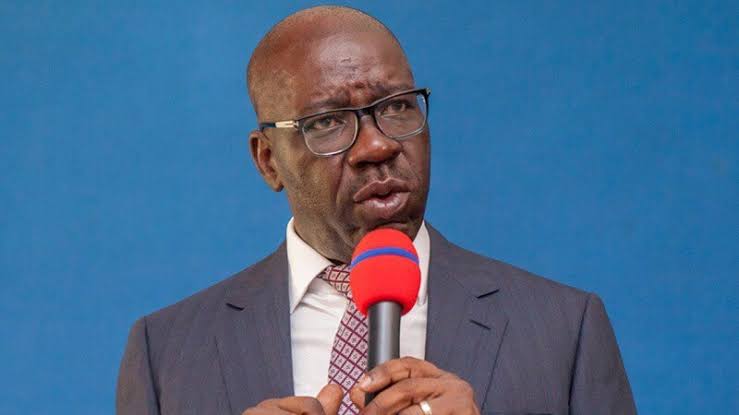 The gubernatorial primary election of the state chapter of the Peoples Democratic Party, PDP, became an anti-climax on Thursday, when at about 10pm, other aspirants for the ticket stepped doen for the Edo State governor, Godwin Obaseki.

The PDP primary election, which took place at the Main Bowl of the Samuel Ogbemudia Stadium, Benin City, kicked off as early as 10am on Thursday, June 25, 2020. Expectations were high, as major contenders have vowed not to step down for Obaseki to have a smooth ride to the ticket.

In attendance were top PDP stalwarts and delegates from the 16 local government areas of the state, who had come to vote for the candidate of their choice and from the look of things at the onset, the battle for the PDP ticket for the September 19 governorship election, was tipped to be titanic; however, the whole contest took a new turn and becam,e an anti-climax, when Obaseki’s major rival, Ogbeide Ihama, made a u-turn and mounted the podium to canvass for votes for Obaseki.

A clue to what eventually played out was manifested when about 6pm, Obaseki and Ihama, who had earlier in the week secured a court injunction barring Obaseki from partaking in the primary election, stepped into the stadium with the governor, gleefully waving at party supporters, who in turn responded with cheers.

Addressing the crowd of party faithful for their patience, support and loyalty, Obaseki said, “My brothers have stepped down for me to fly the party’s flag but the primaries just have to take place to avoid any form of litigation. I am therefore ready to leady the party to victory with the energy I see in the party.”

Earlier, Ihama had mounted the podium, openly canvassing support for Obaseki, saying that they see him as a productive person, who has more to offer to the people and would like him to continue and be of support to him rather than struggle with him.”