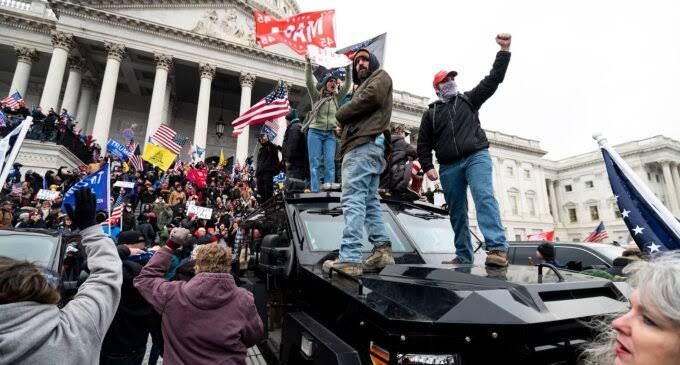 A United States of America citizen and supporter of President Donald Trump, Christopher Georgia, has reportedly committed suicide after being charged for invading the Capitol.

The 53-year-old was said to have shot himself dead at his residence in Alpharetta, Georgia, days after he was charged alongside others for breaching the Capitol police and flouting curfew.

Quoting the Fulton County Medical, the UK Daily Mail said that Georgia passed away from gunshot wound he had on his chest.

He was charged with unlawful entry and violation of a curfew imposed to restore calm after he and other supporters of President Trump invaded the Capitol.

His wife had reportedly called 911 about the suicide, alerting authorities that there was “blood everywhere.”

Two semi-automatic rifles were reportedly removed from his house, according to Daily Mail, which added that his body was found in the basement.

The Capitol had been invaded by pro-Trump supporters, who protested the confirmation of President-elect Joe Biden’s victory by the US congress.

Biden defeated Trump in the November 2020 presidential election, but the outgoing President refused to concede the election.

He had encouraged his supporters to embark on protests to “stop the steal.”

IBEDC Warns Against Attack On Staff