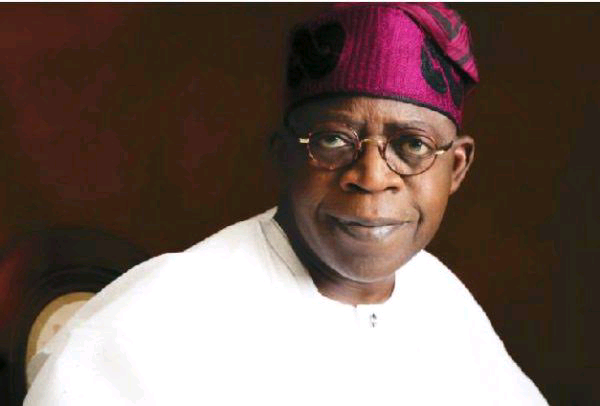 It was William Clay who said, “This is quite a game, politics. There are no permanent enemies, and no permanent friends, only permanent interests.”

There is no better way to describe politics than this famous quote above. Memberships are always out of convenience, not out of anything else.

As we gradually march towards the 2023 general elections, the likely turn out of events is becoming clearer by the day. The All Progressives Congress, APC, which happens to be the ruling party, seems to be the only party planning and scheming towards the presidential battle of 2023. All other platforms are either docile, or unwilling to begin their internal campaigns.

From the present examination, the battle for the 2023 presidential election might just end up being a one-party show, with the APC dancing to the beats of its own drums.

It is expected as the political gladiators working tirelessly behind the scene to retain power are seriously investing their resources in the APC and the irony of the whole drama is that the major opposition party, the Peoples Democratic Party, PDP, is a shadow of its former self, still rebuilding its party structures after years of infighting.

There seems to be an exodus of movement from top PDP stalwarts in the South to the ruling APC. All these movements are geared towards the 2023 presidential elections.

Currently, the APC revalidation and registration exercise ongoing is proving political pundits right, that the country might be headed for a one-party state, as we fast approach the 2023 general elections.

If the APC retains the presidency in 2023, it therefore, implies that all federal boards and top federal agencies like FIRS, NIMASA, etc, would be having a change of leadership.

And this politics, as you very well know, is a game of interest; today the states are no longer lucrative as respective state governors have cornered all the juicy state appointments and offices wherein politicians are supposed to FEED on.

There is nothing to really benefit much from state government patronage other than PETTY contracts. So all eyes are fixed on the Federal PIE – Abuja.

Hence you see people like the Ebonyi State governor, David Umahi, porting to the APC, Nah, he’s not expecting to win any presidential ticket on the platform of the APC, but rather he is set to partake in the sharing of FEDERAL SPOILS.

And with the exit of Buhari, there would be a totally new world order, wherein the admittance for participation is showing your scorecard on your performance towards the party’s victory in the general polls.

So, it is only expedient that any second-term governor might likely dump his party for the APC, so that he can be a beneficiary of the power-sharing formular, post-Buhari 2023.

Governors have no packages for their Godfathers, so only an unwise outgoing two-term governor would not plan wisely, you know some of them are still young and politically active.

The South-East has five states with PDP having two governors, APC two and APGA one.

If you are in the current shoes of Rotimi Amaechi, the former governor of Rivers Stat, who decamped from the PDP to team up with the APC at his dying minute days as Rivers State governor, and thereafter enjoyed eight years of an uninterrupted LUCRATIVE ministerial portfolio, then you need not argue with my postulations.

From the look of things, the other two PDP governors are vulnerable to switch camps, because of the same reasons deduced above.

If the South-East governors dump the PDP for the APC, what would be left of the party in 2023? The rest participants are IPOB members who don’t vote abi?

The South-West henchmen of the PDP are gradually crossing over to the APC. Iyiola Omisore, a staunch PDP member, who dumped the party for the SDP, to vie for the Osun governorship ticket in 2018, has found his way to the APC thereby closing all ties with the PDP and SDP.

Not done, Otunba Gbenga Daniel, the former governor of Ogun State, has dumped the party which brought him to political limelight, the PDP for the ruling APC.

The list is endless, as top prominent Yoruba political gladiators are registering and revalidating their membership of APC.

Meanwhile, ‘Like bees to honey,’ the presidential aspiration of former governor of Lagos State, Asiwaju Bola Ahmed Tinubu, is soaring higher by the day, as major politicians and groups across the 36 states have started openly queuing behind the Jagaban for the 2023 presidency.

No day passes by without an open endorsement from these top politicians and social pressure groups.

Team Tinubu is gathering momentum, as more and more groups are fighting for space to be recognized as volunteers. Days ago, a group known as the Tinubu Support Organisation, TSO, threatened to drag the APC National Leader to court, if he fails to yield to their demand, asking him to contest in the next presidential election, to help salvage and take Nigeria to the next level.

As it stands, the PDP may suffer an implosion before the 2023 presidential election.

How Tinubu maintains the lead as APC’s frontline presidential aspirant as we approach the 2023 presidential election is yet to be seen.

•Omo-Ikirodah writes in from Abuja.