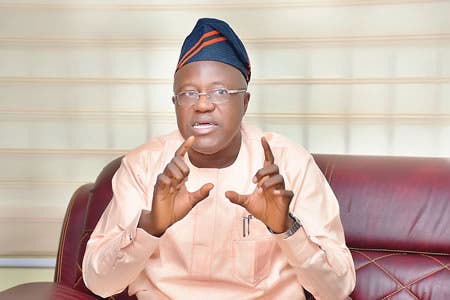 The Executive Chairman of Oyo State Universal Basic Education Board, OYOSUBEB), Dr. Nureni Adeniran, has said that contracts awarded but not executed or completed three years after they were awarded may be terminated by the state government.

In a statement signed by Michael Ogunsina on behalf of the Board’s media team, Dr Adeniran also hinted that the Board has resolved to sue defaulting contractors handling long overdue SUBEB/UBEC projects, who have either abandoned such projects or have not executed projects commensurable with the funds they have received.

Adeniran was quoted to have disclosed this while fielding questions on a live programme at an Ibadan-based radio station.

Revealing that some contractors have failed to justify the contracts awarded to them by the past administration in the state, while some of them have abandoned such projects, the OYOSUBEB boss said that his tenure as the Executive Chairman of the Board has afforded him the opportunity to uncover how contractors have ripped off the state government with shoddy jobs after collecting huge sums for contracts.

Pointing out that the UBEC/SUBEB 2019 Intervention Project would allow the rebuilding of some public primary schools’ fences, Adeniran added that the board has a good synergy with all the relevant security agencies that would assist in securing the property of the public schools.

He also hinted that four model schools awarded this year have been completed, while the fifth is near completion; reiterating the Education Family of the Seyi Makinde administration’s commitment to revamping the education sector, including fixing the incessant problem of inadequate infrastructure.

He said, “The Education Family, which includes the Honourable Commissioner for Education, the Teaching Service Commission, the Oyo SUBEB Chairman and other relevant stakeholders in the state education sector, is developing a holistic and comprehensive approach to resolve the problem of inadequate infrastructures in public schools in the state.

“On the issue of gratuity, what the government of Governor Makinde has paid in just over one year is more than what the past administration paid in its eight-years tenure.

Education Is No Scam -Pro Salako