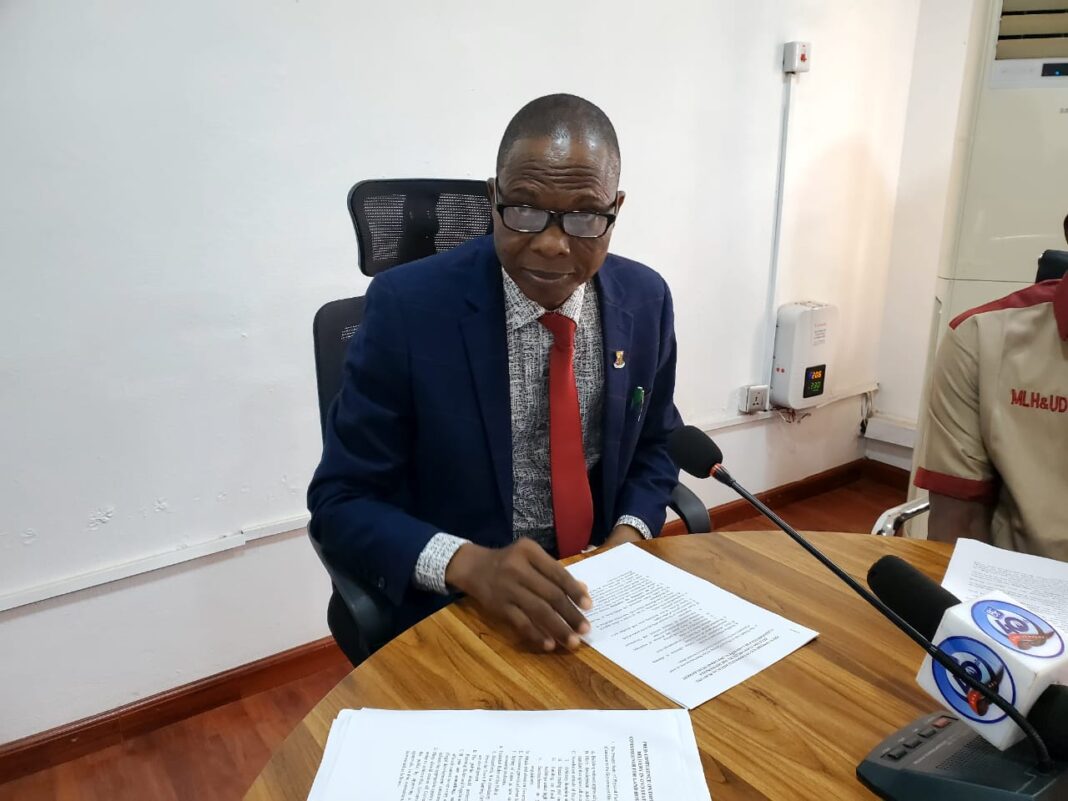 The Oyo State government has said it will commence serving traders and residents of Ibadan and its environs contravention notices for structures illegally erected on flood plains, blockage of waterways, and buildings under high tension powerlines.

Speaking with pressmen in Ibadan in Thursday after a meeting with key stakeholders in the sector, the Commissioner for Lands, Housing and Urban Development, Town-Planner Emmanuel Olusegun Olayiwola, decried the present state of physical planning in Oyo State, adding that its has become an issue of concern to government.

He further decried the illegal development under powerlines in the state, saying that some developments on pipelines, under high-tension cables, are in deviance to the state’s Physical Planning Law.

Olayiwola said that ultimately, illicit development activities without adherence to planning standard in the state, gave birth to the sprawl of illegal structures all over the state.

The commissioner said that illegal developments, if not checked on time, would pose huge threat to residents of the state.

According to him, the ministry, following reports from concerned citizens of the state over erection of structures under powerlines and its attendant health hazard to the good people of the state, will swing into action very soon.

He explained further that the state government would soon embark on property auditing, enforcement of planning standards and technological innovations.

Olayiwola also said that the Oyo State government has introduced a lands administration system, to manage the generation of demand notice.

He said the billing system has been deployed to 11 local government town planning offices in Ibadan zone, for a test run, while the ministry is on the verge of eradicating manual invoice/bill.

Townplanner Olayiwola added that the state government has therefore constituted an enforcement initiative, that will check the excessive growth of urban blights in the state.

He said, “This exercise is just to ensure a sustainable, organized and livable environment for the citizens of the state.”

The Commissioner for Lands however, sternly warned members of the public against attack and abuse on government officials in the course of duty.

He also advised developers in the state to obtain approval from the town planning offices in their various local governments before embarking on any development.

He urged all residents of the state to continue to abide by the provisions of the Oyo State physical planning policies in order to achieve the developmental plans of the government for the entire state.

He added, “The public should understand and strictly adhere to physical planning rules and regulations.”

He also urged the public to serve as watchdogs, by reporting any illegal activity around them, adding, “If you see something, say something because government officials cannot cover every area of the state, so when you see any illegal development/ structures in any place within the state, please inform the appropriate agency of government.

“They should ensure all government fees are paid accordingly. In order to achieve this, government has acceded to the yearnings of the public by approving a revised tax regime for planning approvals.”

In connection to this, Mr. Olayiwola announced that the Oyo State government has revised the mandatory tax clearance fee downward for convinience of residents.

He hinted that the 11 local government areas in Ibadan fall under the first category, who would pay N50,600 as tax and development fees, rather than the initial payment of N120,000.

The commissioner included in his statement that the state government will further strengthen orderly development that would promote socio-economic growth, safety and security of lives and properties, aesthetics and wellness of the citizen and inhabitants of the state.

The meeting was attended by the SSA on Lands, Hon Tilewa Folami; Chairman, Oyo State Board of Internal Revenue, Mr. Femi Awakan; the Permanent Secretary, Ministry of Lands, Housing and Urban Development, Mrs. Mofoluwake Adebiyi; and the directors of town planning in all 33 local government areas of the state.

COVID-19: LASUBEB Gets Support To Curb Spread In Primary School