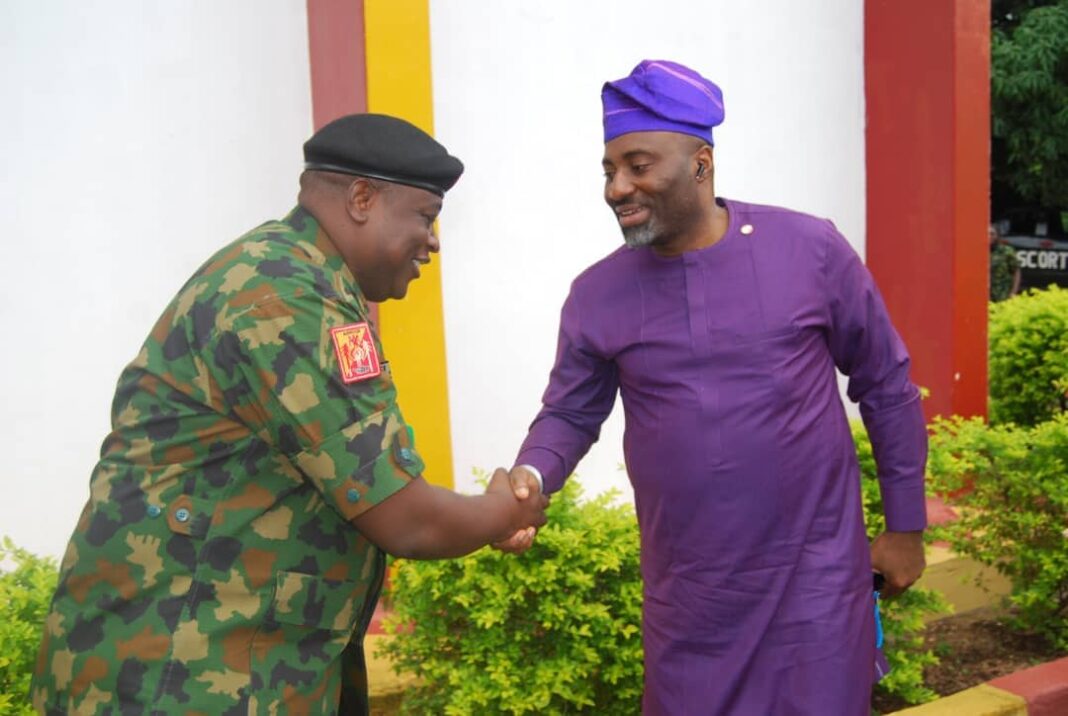 The Economic and Financial Crimes Commission, EFCC, is set to partner with the Nigerian Army to fight corruption in Nigeria.

The Ilorin Zonal Commander of the Commission, Assistant Commander Michael Nzekwe, who expressly made this willingness known, said that the bid was to effectively carry out the task of fighting corruption and terrorism funding in Nigeria.

Nzekwe disclosed this when he paid a visit to the 22 Armoured Brigade, Nigerian Army, Sobi Barracks, Ilorin.

He said, “The visit becomes imperative as the Army is a critical stakeholder in the fight against corruption and terrorism financing, which is part of our core mandate

“It is, therefore, necessary and important for the Nigerian Army to join hands with us to end corruption in Nigeria by identifying and cutting off the source of financing for the terrorists.”

He called for an enhanced synergy between the EFCC and the Nigerian Army, pleading that the existing cordial relationship be sustained and strengthened.

He added, “The EFCC already has a cordial relationship with Nigerian Army. We have come a long way. One of our strategic plans and objectives says that, as a Commission, we must engage all stakeholders and work in synergy with all law enforcement agencies in order to deliver on our mandate.”

The mandate of the EFCC and that of the Army, he said, was intertwined and complementary; promising that he remains positive that if the two agencies partner very well in the discharge of their duties, Nigeria would be the greatest beneficiary.

Responding, the Commander of the 22 Armoured Brigade, Brigadier-General Adebayo Babalola, expressed his delight with the visit and also urged the two agencies of government to ensures a strong tie between them for the task ahead in the area of fighting corruption, which no agency of government can single handedly do.