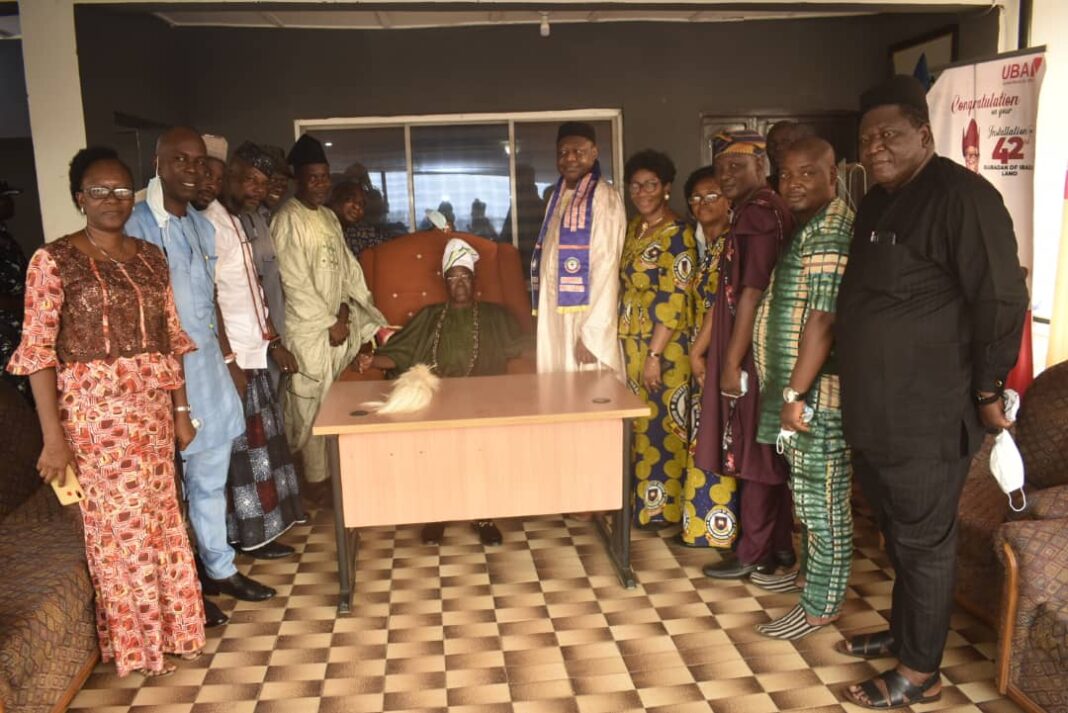 Unhappy with the lingering face-off between the Federal Government and the Academic Staff Union of Universities, ASUU, which has culminated in the disruption of academic activities across the country, the Olubadan of Ibadanland, Oba (Dr) Lekan Balogun, Alli Okunmade II, has challenged all stakeholders in the education sector to intervene in the ongoing simmering face-off.

Oba Balogun expressed worries over the seemingly rigidity on the part of both the government and ASUU, leading to incessant strikes by the latter, and appealed for a quick resolution of the logjam.

The royal father made the appeal while receiving in audience in his palace the executive members of the Conference of Alumni Association of Nigerian Universities, CAANU, led by its chairman, Professor Ahmed Tijani Mora, mni., during a courtesy call on him at his Alarere palace.

Recall that ASUU is currently on an indefinite strike owing to breakdown of negotiation between the universities’ lecturers and the Federal Government over the non-full implementation of the 2009 agreement entered into by the two parties.

Lamenting that his call on the warring parties not to allow the issue snowball into full-blown industrial unrest, when the university teachers served notice of a one-week warning strike was not heeded, Oba Balogun urged the CAANU to use its positions, either as individual or corporately, to reach out to the two parties in the dispute to sheath their swords and give room for amicable resolution.

Oba Balogun noted that “where two elephants fight, it is the grass that suffers.

“I want to use this opportunity of having these august visitors around to appeal to both the Federal Government and the ASUU to let the interest of our children be paramount in whatever decision they take.

“In whatever we do in life, time is of essence and there has not been mechanism to redeem any time lost, which is why all the parties involved in this current imbroglio must reach a compromise and end it for the sake of the children and their traumatised parents.”

Professor Mora, in his address, said that the visit, which was the concluding part of the CAANU Delegates’ Conference, held in Ibadan, was to identify with the Olubadan and congratulate him on his accension to the throne and prayed that the metropolis would witness tremendous growth and development during his reign.