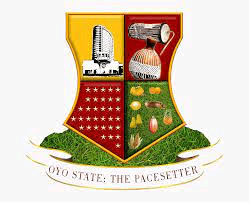 The Oyo State government has warned residents of Ijaye, Ido, Olowo-Igbo, Iseyin and Ibarapa against drinking water from contaminated streams in their communities.

The state Commissioner for Environment and Natural Resources, Mr. Abiodun Oni, who gave the warning on Wednesday in Ibadan, in a statement, said that a truck conveying chemical substances emptied its content into a drainage that was eventually washed into the streams passing through the five communities.

Oni said the truck was involved in an accident at Iroko-Oyo highway, while conveying substances presumed to be soap making chemicals.

Oni revealed that the soap making chemicals which fell off into the drainage ended up contaminating the streams passing through the five communities, hence impairing the quality of the water and rendering it toxic to humans and the environment at large.

The statement further revealed that farmers who planted their cash crops within the affected areas as well as fishermen should suspend every activity within the vicinity, until the waters have been tested and considered safe for consumption.

The statement further added that the government is on top of the situation, as the ministry have dispatched some of its staff to the affected areas to continue to monitor the situation, while also conducting water sampling until the water can be ascertained safe for consumption.

He added, “The state government will continue to ensure that the ecosystem is protected in the state.”

Consequently, the statement charged citizens to also take responsibility by properly handling and disposing of chemical substances and other biodegradable items and ensuring that they do not end up in the streams.

He concluded, “Furthermore, they should jettison the bad culture of dumping wastes into drainages as they eventually find their ways into streams and rivers and eventually make up their way into the food chain process; and as such posing threats to all humans.”