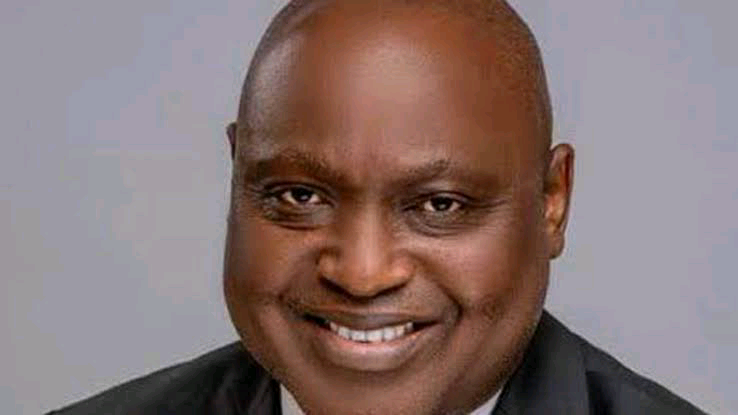 In his avowed determination to boost the economy of his state, the governor of Ekiti State, Mr Biodun Oyebanji, has commenced talks with agencies of the Federal Government and development partners in Abuja, the Federal Capital Territory, FCT.

Meeting with top officials of NISRAL Micro-Finance Bank and Small and Medium Enterprises Development Agency of Nigeria, SMEDAN, in Abuja on Tuesday, Oyebanji said that he was in Abuja to personally lead the talks with heads of the federal Ministries, Department and Agencies, MDAs, international development partners and agencies and some private sector players on areas of support and collaboration with Ekiti State government.

Oyebanji averred that the support of the agencies would aid his administration’s plan to boost the economic prosperity of the people of the state.

In separate meetings with the Managing Director/Chief Executive Officer, CEO, of NIRSAL MFB, Abubakar Abdulahi Kure, and Director General/CEO of SMEDAN, Olawale Fasanya, the Ekiti State governor said that he was convinced that the state’s fortune will improve through strategic partnership with the agencies.

He assured that the state government would ensure conducive atmosphere for small and medium scale businesses to thrive, while also attracting big business concerns to invest in the state.

Oyebanji added that the focus of his administration is how Ekiti people, known for their educational attainment, can deploy their knowledge to create wealth, adding that his administration would leave no stone unturned in seeking opportunities for its teeming youth population to get employed and to be able to set up businesses.

The governor said, “I know if we are able to develop our SMEs, internally generated revenue, IGR, will improve and life of the people will improve.”
He further urged the agencies for support for agriculture and cooperatives in the state.

Speaking at one of the meetings, the MD/CEO of NIRSAL MFB, Kure, said that the financial institution would provide fund for the state to handle youth unemployment.

Highlighting several schemes the state can access, the NIRSAL MFB boss, however, urged the governor to also ensure that beneficiaries also meet their repayment obligation.

On his part, the SMEDAN DG, Fasanya, said that the agency is ready to partner with Ekiti State.

He said, “Majority of the population are farmers, traders, and artisan, so we have a lot to support.”

Aside funding, Fasanya said that SMEDAN can assist with sourcing of materials, and business support services.

He also revealed that the agency plans to have business information centres across the local government areas, where people can access information on business development, among others.

In his response, Governor Oyebanji said that he was set to do everything possible to improve the economic condition of the state, stressing that an improvement in the economy would put an end to kidnapping and other criminal activities.

The governor and his team had earlier on Monday evening held similar talks with two development agencies, DAI Global LLC and State2State Programme, both of which also pledged their support for some of the programmes being proposed by the administration.