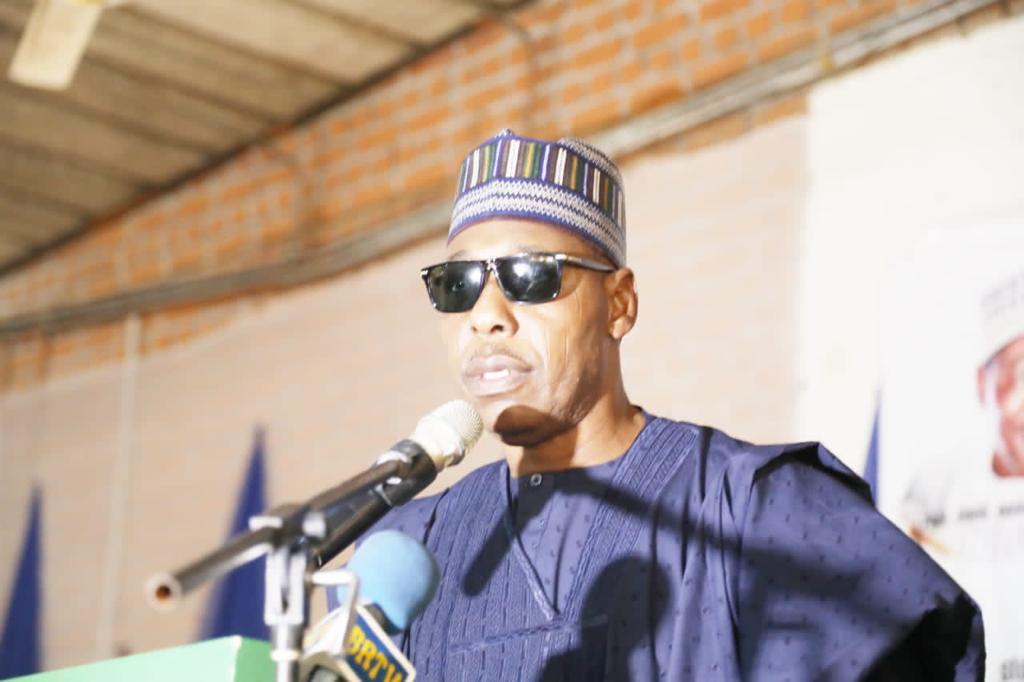 A Borno State federal commissioner of the Public Complaints Commission, PCC, Alhaji Yusuf Adamu, on Tuesday, presented carpentry and welding equipment to support the state government in fighting unemployment as well as support the government in curbing the activities of restive youths, particularly in Biu Local Government Area of the state.

Speaking at a brief ceremony at the Government House, Maiduguri, Alhaji Adamu toid the deputy governor, Umar Usman Kadafur, that he was moved by the spirited efforts of the Borno State governor, Professor Babagana Umara Zulum, to ensure that restive youths are economically empowered in the state.

He said, “While we are in the entourage of the governor, I and other stakeholders have deliberated on how we can show appreciation to our governor, who has been working tirelessly to ensure that our people gets the best from his administration in Borno. The number of projects executed in Biu Local Government alone by the Zulum administration is too numerous to mention.

“We have seen the restiveness of our youths and this becomes a wake up call for all of us. As stakeholders in Biu, we are duty bound to ensure that we hold our governor’s hands up. This is the only way that we can show appreciation. This is also the very reason for our coming as representatives of our people to support with these token as back up for the skill aquisitition program of the Borno State government in Biu local government.”

In his remarks, the Borno State deputy governor,h Kadafur, commended the federal commissioner for his foresight and focus in demonstrating unique leadership and support, particularly at this time when the Borno State government is calling on well meaning citizens to show love and support, so as to ensure the people fight the challenges bedeviling the state.

The deputy governor said, “I must say that this support has come at the time it is needed. The story of Borno State is a known fact that history may recall on different phases of challenges and the resilience of the people. As a government, we are doing the best we can to ensure that our people are back on their feet. My principal has been a dogeged fighter and he has been on his toes day and night to see that the people are well taken care of.

“This support will go along way in cushioning some of the challenges the Borno State governor is trying to bring down from all sides. I believe that if we have people with such spirit and with others who will show such support, then I would say that our people have a hope. We commend you as a government and shall continue to ensure that our partnership works for the development of Borno State and our people.”