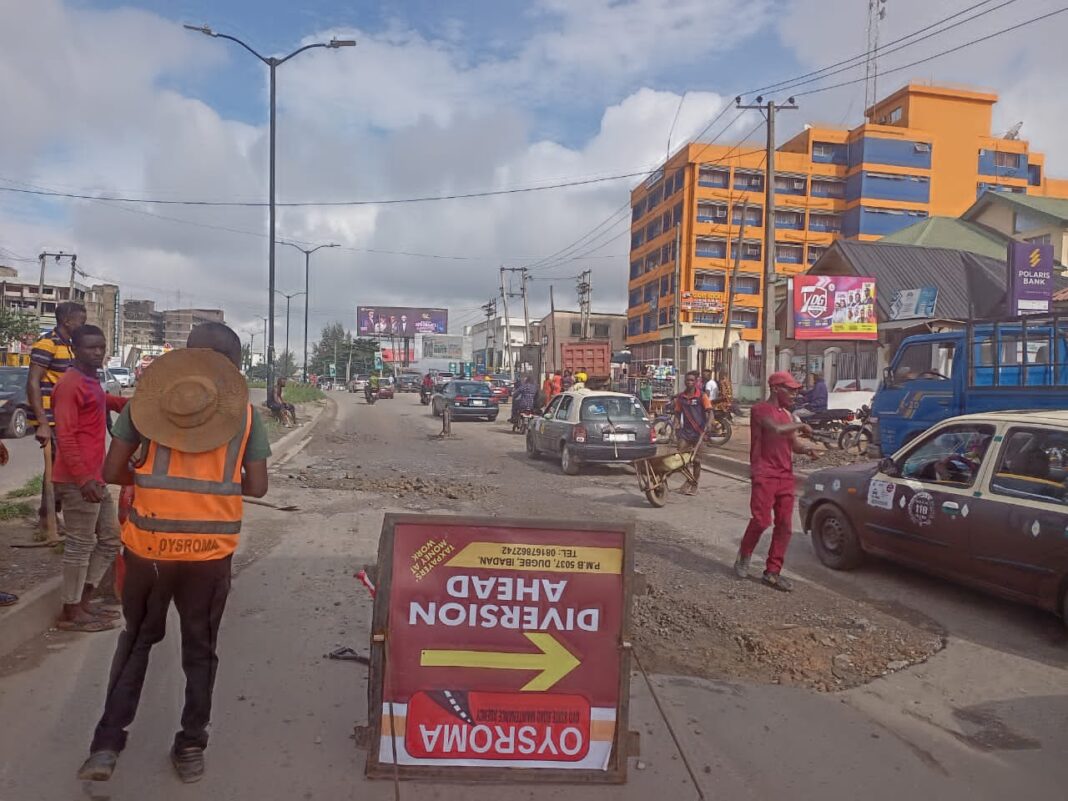 The Oyo State government through its Roads Maintenance Agency, OYSROMA, has commenced the rehabilitation of Dugbe and Adeoyo roads through its special intervention project.

OYSROMA chairman, Honourable Ogunlade Busoye Soladoye, who visited the roads said that the agency will not relent in fulfilling its mandate to rid the state of potholes and bad roads.

Soladoye said that the agency was working in collaboration with all the stakeholders, especially local government area authorities, to ensure safe and secured roads in the state.

According to him, the rehabilitation of Adeoyo and Dugbe roads involved the cutting of potholes, filling with stone base and asphalt laying of the roads.

He commended the Oyo State government, under Governor Seyi Makinde, for introducing the intervention project and for the prompt release of funds to the agency, enabling it to perform optimally.

While on an inspection of Ibadan North-West and Ibadan North Local Government roads, the OYSROMA boss assured residents of the agency’s intervention in all deplorable roads in the state.

In another development, the Oyo State government has begun training of 72 desk officers handling pensions and gratuities matters across Ministries, Departments and Agencies, MDAs, on “Efficient and Effective Pensions and Gratuities Administration in Oyo State public/civil service.”

The state Commissioner for Establishments and Training, Alhaji ‘Siju Lawal, said that the training is borne out of the ministry’s desire to digitalize its administration of pensions and gratuities, so as to jettison the old system of analogue, which also causes delay, loss of documents, among other factors.

He urged the participants to discharge their duties diligently and be humane in their interaction with the retiring and retired officers.

Lawal admonished them to always process all document to time and not allow any document to over stay on their table for more than two working days and keep the retired/retiring officers abreast of the next process.