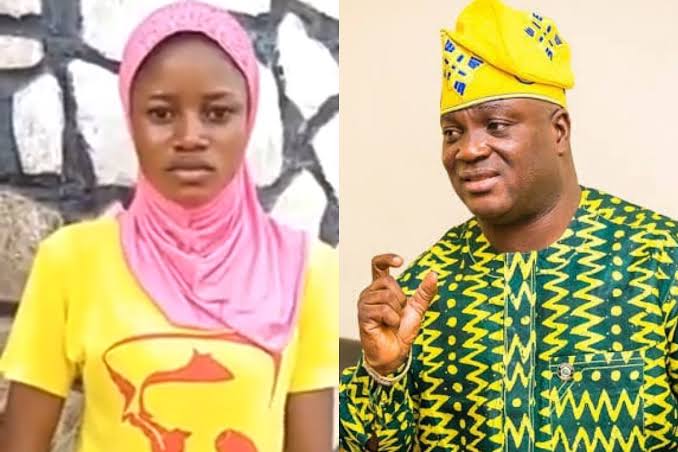 The events of the past few days have been funny, and sad. The viral video recorded by a particular teenager, Barakat Melojuekun, wherein the honourable Commissioner for Environment in Ogun State, Abiodun Abudu-Balogun was accused of sexually harassing the girl in question, is not only laughable, but also painful, as it is a direct pointer to the ignoble stoop politics can take.

A sequel to the initial video was also released yesterday, wherein Barakat, who earlier claimed she was sexually harassed by Abudu-Balogun, having initially called on Nigerians to rise for her against the commissioner, now pleaded that the issue be dropped, and sleeping dogs let sleep.

She, in the second video claimed that there had been some misconception and misunderstanding between the commissioner and herself. One will wonder what could have created such between a girl of her age, and someone old enough to be her father, and standing so high socially in his immediate community, Ogun State, and Nigeria at large.

For those who can take their pains to analyse the two videos, it won’t be difficult to realise that enemies are at work, and are doing everything to destroy the good name Abiodun has built over the years from sternness, discipline, and hardwork.

It is evident, that the first viral video was recorded in front of a police station (Abigi Police Station). One will wonder why such video, which is supposed to be an evidence to prosecute the case (if at all there was one) will be made viral to the public domain. This suggests no two things but a malicious attempt to kill the good image of the honourable commissioner, and destroy his political career.

I wonder what they have got to profit from this pull him down at all cost syndrome?

The girl claimed in her first video that she was led to a room by one Mr. Austin, where the honourable commissioner later joined her, locked the door, and kept the keys in his pocket. There is no way this could have happened in the broad daylight (11:40am) as the native home of Abudu-Balogun at Ita Otu is always a beehive of activities as guests, the caterers, security men, All Progressives Congress, APC, leaders, who came for meeting were equally around the house; also followers and friends from other local governments always visit like pilgrims to Mecca.

Barakat till now has not been able to give the vivid description of the room where the sad experience she has described to the world took place. Even when she was asked to describe the room at Abigi police station, she responded that she couldn’t describe the room because she didn’t enter any. What a contrast to her earlier claim that she was ushered to a room by one Mr. Austin before the commissioner joined her.

She also claimed that she struggled, and shouted before she was let off the grip of Abiodun Abudu-Balogun. If these claims are anything to hold on to, and the Nigerian Police are indeed functional. There must be marks/lacerations on her body to show signs of hard grip on her like she claimed. More so, given the number of patronage the residence receives on daily basis, one or two individuals must have heard her shout when she did shout for help.

It is indeed very sad that the young girl has allowed herself to be manipulated by the greed, hatred, and rivalry of her sponsor. It is another despicable abyss that politics in Nigeria can descend into.

We call on the teeming followers, friends, well-wishers, and associates of Abiodun Abudu-Balogun to be calm, and steadfast at this particular time. We plead with you to ignore all forms of provocations that may come accompanying this saga, as this is another storm that shall surely keep quite.

We assure you all that this matter shall be diligently investigated, and all our traducers exposed and punished.