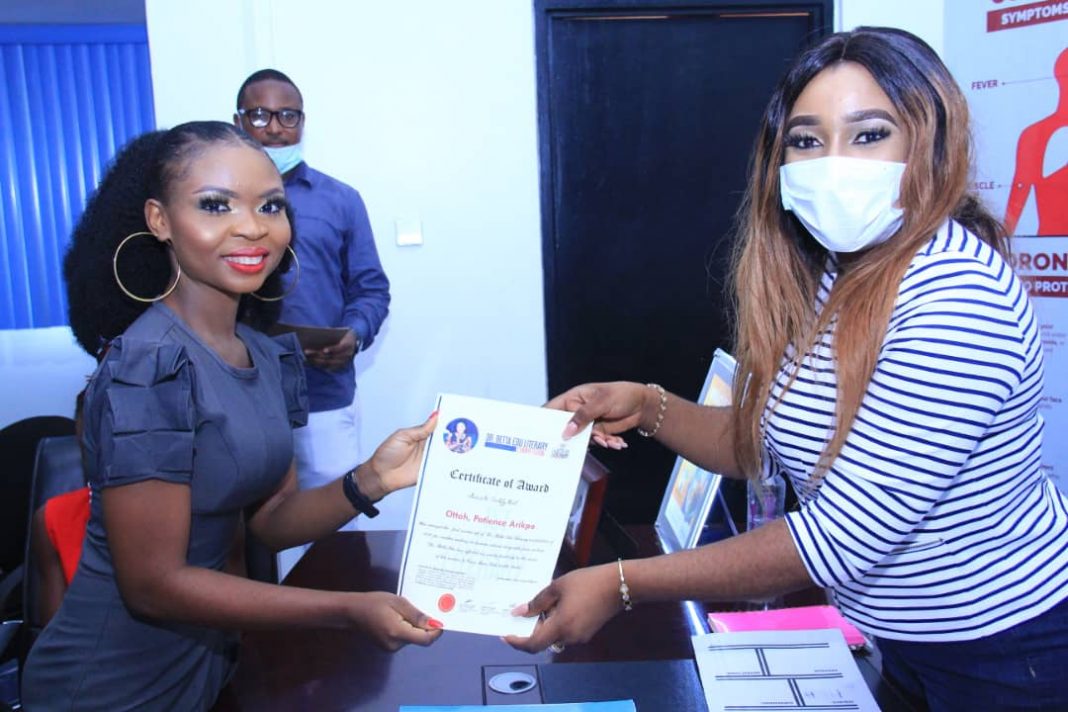 Johnson received his prize alongside two others, Ottoh Patience Arikpo and Terence Edung, who made it to the second and third position in the literary competition among the 53 entries made in the competition also received their prizes for their outstanding performance in the intellectual discourse.

Receiving the prize, Johnson, who spoke on behalf of the recipients of the award, commended the organizer of the competition, Dr. Betta Edu, who is the Cross River State Health Commissioner, for giving them the opportunity to be engaged in the literary competition and promised to emulate Edu’s footsteps when they grow up.

In hee remarks, Dr. Edu lauds the winners for making themselves available for the contest and promised to sustained the competition and make it na annual event, so as to encourage intellectual development of young people in the state.

She said, “Its not only by giving bread to kids alone that one would say that the bread giver is good. However, it is sometimes good to cause them to strengthen and encourage the development of their intellectual well being.”

The literary competition, which had its title asked, ‘ My Impact on the Society; How It Has Affected the People Positively,” was held some months ago in commemoration of Edu’s 2020 birthday celebration to encouraged young and talented people to excel in their area of calling, and also exploit their God given talents.

Edu, a former Director General, Cross River State Primary Health Care Development Agency, and chairman COVID-19 response and evaluation team, urged young people to make themselves available in the next edition of the literary competition, as many prizes have been set aside for young people with high intellectual capacity to win.