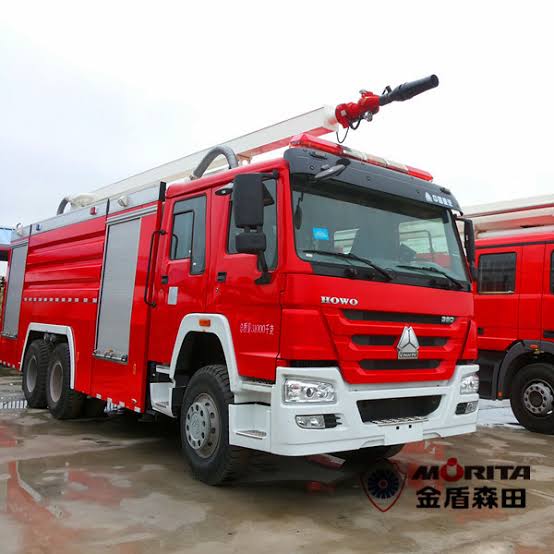 Facebook
Twitter
Pinterest
WhatsApp
Email
By Adeniyi Adedeji, Ilorin.
The fire that gutted Owode Market in Offa, Kwara State, last week has attracted the attention of the state government, which donated a fire fighting truck to the Offa division of the Kwara State Fire Service.
The inferno had goods and properties worth millions of naira, which prompted the Offa Descendants Union, ODU, to, among other things, call on the government to re-equip the Offa Fire Station.
The ODU call paid off at the weekend, when the government gave the Fire Station a brand new fire fighting truck.
ODU had complained in a statement shortly after the incident that the community had in the past repeatedly pleaded with previous governments to pay attention to the deplorable Offa Fire Station to avert a likely negative repercussions.
The fire truck was delivered to the Olofa of Offa, Oba Mufutau Gbadamosi (Esuwoye II) by the Director of Kwara State Fire Service, Waheed Yakub.

The gesture was sequel to AbdulRahman AbdulRazaq’s pledge to take immediate steps to curtail events such as the inferno in the future.

AbdulRazaq, who was represented during a visit to the ancient town by the Deputy Governor, Kayode Alabi, also sympathised with the Olofa and victims of the Owode fire incident.

In his response, Oba Gbadamosi commended the government for the swift action saying he was not surprised at the action of the governor, who the monarch described as a man of his words, who is always after the happiness of his people.

The monarch also thanked the government for allocating a new fire station for the State Fire Service in Offa.