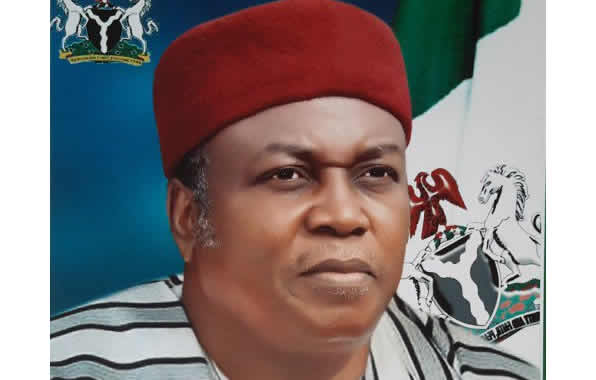 There have been outrageous reactions on the streets of Jalingo, the Taraba State capital, on Sunday, as governor Darius Ishaku, attended a combine Church service with over 1000 people in attendance, in conspicuous defiance of his earlier ban on public gathering of over 20 in the state.

Governor Darius Ishaku, following his return to Taraba State on Friday, from a medical trip, had on Saturday morning, announced the ban on public gathering of over 20 persons, as well as handshake and kissing.

The order was extended to bars and restaurants, which according to the statement were to close before 7 pm everyday, even as schools, both private and public, in the state were asked to close down on or before March 24 of over Coronavirus fears.

Speaking to our correspondent in Taraba, Mr. Teku James, lamented that few hours after he (Governor Ishaku) announced the ban, top government officials were seen at the wedding ceremony of the son of Supreme Court judge, Justice Paul Galunje, in Jalingo.

He said, “Many of us did not go church today because of the order, but the person who gave the order attended Tekan/ECWA combine service at CAN Secretariat here in Jalingo.

“Ishaku must be seen leading by example. His appearance at that kind of gathering few hours after he placed the ban on public gathering in the state is not good enough.”

In the same vein, another Jalingo resident, Umar Gassol, said many of them, in compliance with the order observed prayers at home without going to the mosque, adding that they were however, shocked to hear on the radio that the governor attended a church service.

He said, “Tomorrow if schools refuse to comply to the directive how could they be sanctioned.”