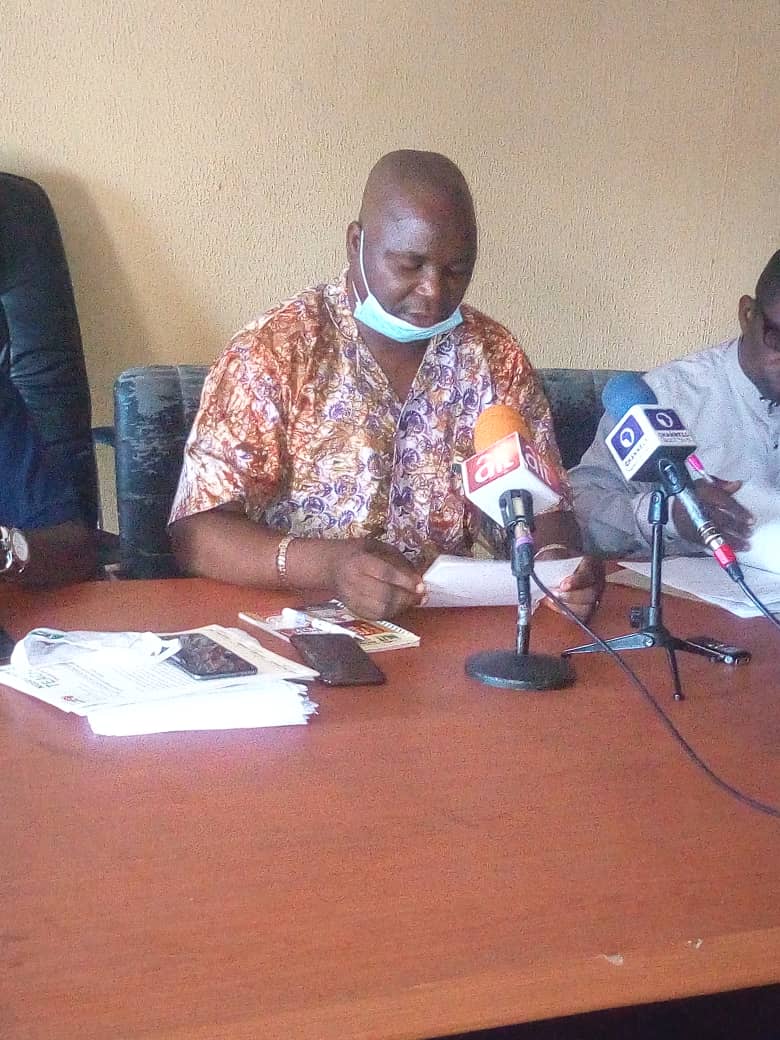 The national headquarters of the Nigeria Union of Teachers, NUT, has suspended the Kwara Stat NUT chairman, Saliy Toyin, indefinitely, alongside the state Secretary and the Accounts Clerk, Idris Jamiu Ola and Tijani Lateef respectively.

The trio are also assisting the Economic and Financial Crimes Commission, EFCC, in the agency’s investigation of an alleged financial fraud involving over N31 million; an amount said to be meant for teachers’ salaries, but which the trio allegedly diverted to their private use

Recall that the EFCC last week paraded a permanent secretary in the state Universal Basic Education Board, SUBEB, a Director of the Board as well as the Chairman and the Secretary

Speaking with newsmen in Ilorin on Wednesday, the National President of NUT, Comrade (Dr) Nasir Idris, said the union would not condone corruption, impunity and connivance of any individuals to deny the teachers their rights, no matter how highly placed such persons are.

Comrade Idris, represented by his 1st Vice President, Comrade Samuel Kayode Akosile, noted that what happened recently in Kwara NUT was a betrayal of trust and unacceptable to the national leadership of the union

Akosile said, “The National President and the Trustees of the union have been thrown into sleepless nights since last weekend.

“This ignominious act has brought disrepute to our union and the National Standing Committee views it as an abominable act, which is against the oath to protect, defend and help uplift the standard of living of our fellow teachers.”

Assuring Nigerian teachers that the shameful acts of Kwara NUT officials would not repeat itself again, the NUT added that its national leadership would continue to protect and ensure equal justice for all teachers and would not engage in any abominable acts that would bring disrepute to the union.

Findings by CompassNG revealed that the alleged corrupt officers were trusted with overseeing the issue of teachers’ salaries, after it was taken over from a firm of consultants which the immediate past administration hired to do so.

Many observers have wondered why the same foul play, wasteful spendings and fast fingers, which the present administration is attempting to put an end to is still rearing its head through the dishonesty of the officials in less than one year.