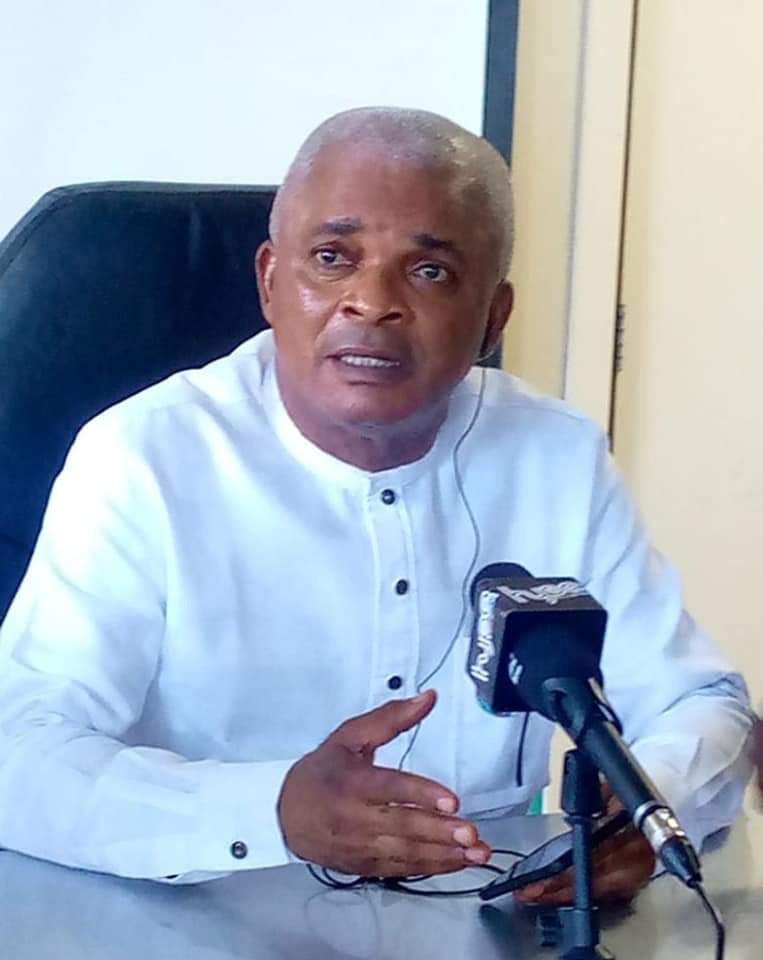 A chieftain of the ruling All Progressives Congress, APC, in Akwa Ibom State, and the party’s candidate for Eket federal constituency in the 2023 general election, Rt. Hon. Seemed Eyiboh has declared that contrary to the general belief, the National Assembly is not just for making law for the country, but has other functions that many are unaware of.

Eyiboh contended that by Section 4(1) of the Constitution of the Federal Republic of Nigeria, 1999, as amended, the National Assembly, apart from its lawmaking powers, also possess legislative powers of oversight and appropriation, gives it the ability to resolve every contentious issues of sub- and national challenges.

Hon. Eyiboh, a former national lawmaker made the assertion in Uyo, the Akwa Ibom State capital, during an interface with journalists in the Fair Hearing Arena.

Rt. Hon. Eyiboh, while responding to a question on his position on the issue of the ownership of Stubbs Creeks Forest Reserve, Akoiyak, opined that effective deployment of the legislative oversight responsibility for law and order, constructive engagement of relevant authorities and deep knowledge of the felt need of his constituents are in the heart of the resolution of any agitation.

Reiterating that most of the lingering and unresolved agitations are consequences of poor leadership recruitment culture of electing wrong people into our sub- and national institutions, Eyiboh identified the interference of state governors in the recruitment process of lawmakers as one of the causes of lack of robust engagement of lawmakers and state governors on critical issues bordering on good governance, service delivery, conflict management and peace building.

He said, “As a people and over the years, we have recruited and succeeded in developing strong men than strong institutions required to evolve our development needs.

The APC candidate for Eket/Onna/Esit Eket/Ibeno federal constituency in the forthcoming National Assembly election assured his constituents that the Ekid/Ibeno agitation on Stubbs Creek Forest Reserve would be resolved through the constructive engagement of relevant government institutions, community based organisations and the titular headships, if and when he is elected their representative.

He added, “By God’s grace particularly, my robust legislative depth and tremendous network, my membership of the House of Representatives shall yield an unrivaled derivatives from constitutional democratic representation.”

He further asserted that he is going to the National Assembly with cutting-edge, design-thinking and innovative mindset to trigger community enterprise development, youth inclusiveness, sustainable development strategies and women empowerment.

Expressing shock over the audacious vituperations of some itinerant political do-gooders, who are on the prowl, laying claims to the God factor in our electoral process, Eyiboh posited that the world has gone past the age of submarines and bayonets to the present age of innovations and artificial intelligence.

He enthused, “Legislative business requires depth, mental agility, proactiveness, the grace of the garb and consistent presence of mind on the ball; but unfortunately most representatives are not nominated by the people, but selected by the powers that be, regardless of the global best practices.

“However, the inherent powers of lawmaking, appropriation and oversight can not be effectively engaged to intervene in our governance challenges, because the electoral representatives are not representing the people. They represent the governors, who nominated and imposed them on the people in elections.

“The principle of ‘he who pays the piper, dictates the tune’ becomes the anthem.

“For example, the issue of oversight is very nebulous, such that it requires the grasp of content and reform-mindedness to effectively deploy to enhance effective representation. But because most of the people in the National Assembly rather represent the governor and not the people, they are deficient in the undertaking.

“But I can confront the governor, if I am the representative of the people. And who are these people? They are the people within the electoral constituency, who freely elected and empowered you with their sovereignty.”

The Dean of The Initiatives, Eyiboh, called for recruitment of right and competent persons in leadership positions in the country, stressing that the steam of conflicts and agitations can be resolved if competent people are in the right positions.

He added, “So, most of these things we are taking about is a product of our recruitment process. When you recruit the wrong people, we must get the agitations and conflicts you are having.”

Rt. Hon. Eyiboh added that with his experience in legislative business at the National Assembly, his constituents should expect the resolution of the Akouiyak and other sundry issues.

He told his audience, “I am going to the House of Representatives to reconnect our people to the national political power grid and jumpstart the revival for our greatness. I shall be a messenger of the people and not the representative of government at any level in the National Assembly.”

Eyiboh, who is a dealer in hope and social justice evangelist, called for the interrogation of our leadership recruitment culture and the enthronement of competent persons in leadership positions in the various layers of responsibilities, stressing that the steam of conflicts, marginalisation and deprivation can be resolve through transformational leadership in the appropriate positions.