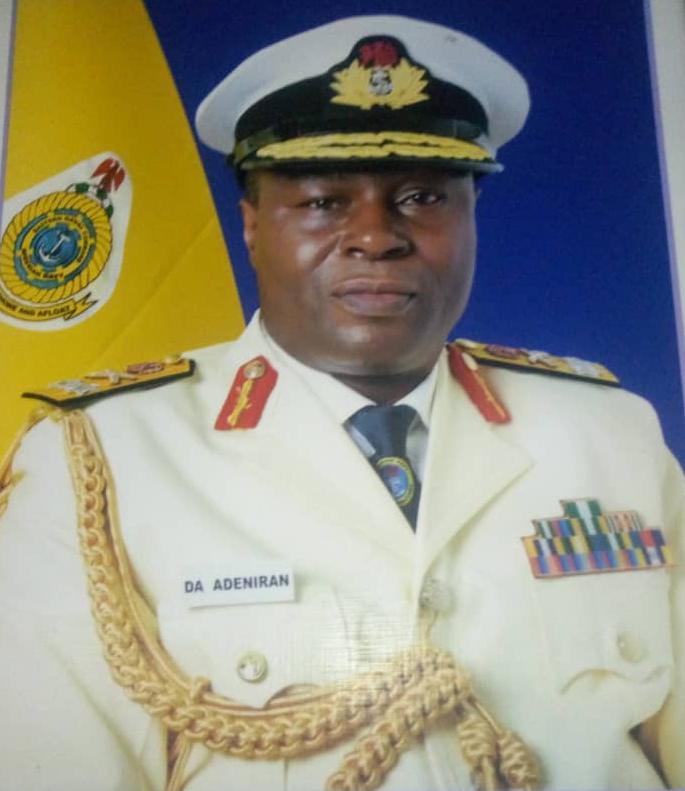 The immediate past Flag Officer Commanding, Eastern Naval Command, ENC, of the Nigerian Navy, Rear Admiral David Adeniran, has said that the Command under his watch between 2018 and 2020 neutralized 291 illegal refineries, and arrested 38 vessels along the maritime space of the the ENC.

Rear Admiral Adeniran stated this at the NN Victory Ship, while enumerating the achievements of the command under his watch in the last three years od his career, where he superintended over the affairs of the Command between 2018 and December 2020.

Adeniran also stated that the command seized 31,310 50-kilograma of smuggled rice during its several operations within the maritime area of the Navy’s responsibility at the ENC.

Speaking at the pull-out parade organized by the Navy in his honour, to mark the end of his career in the Navy after a meritorious service with unblemished record, the outgoing FOC commended the Navy for availing him the opportunity, which ordinarily he wouldn’t have had, through out his 35 years of sojourn in the Navy.

Adeniran, a certified electrical electronics engineer, enumerated other achievement of the ENC under his watch to include: seizure of 199,000 metric tonnes of stolen crude oil from oil thieves and 51,850 tonnes of illegally refined AGO confiscated by the command from oil thieves, who had constituted a big burden to Nigeria’s economy.

He added that hardwork on the part of the officers and ratings of the Command culminated in the arrest of 707 suspects, 38 vessels, 5 vehicles and seizure of 196 pumping machines and dismantling of 225 wooden boats used by sea economic saboteurs to steal oil along the creeks.

Reeling out other achievements of the ENC, Adeniran said, “The major pirate syndicate, who specialises in ransome negotiations, was smashed, a development which had obstructed and invariably check activities of piracy and sea robbers for several months now in the ENC area of responsibility.”

He maintained that the command’s relentless patrol along the matritime space led to the clearance of operations on the camp of sea robbers, and deprived the robbers of launching sight in their nefarious activities.

He stated that the command’s multi-agency operations, such as Swift Response, Delta Safe and Operation “Bekanmong,” made the waterways a bit peaceful for Nigerians making use of the waterways, without any fear or favour.

He enumerated other exercises successfully carried out by ENC under his watch to include: Andy Oforifori, Yangamash and Sangasong, between the period when he served the Navy as flag officer of the ENC between December 2018 and 2020.

In his words valedictory speech, Adeniran said, “The command was able to carry out its operations in the maritime space with cognisance of COVID-19 protocols. It is time to retire and give way for another thing.”

Stressing all that was achieved through out the period he served in the command as FOC couldn’t had been possible without the support of the ratings, officers and the civilian community within the Navy area of responsibility, he said, “In area of operations, from December 1, 2018 to December 1, 2020, the command had been able to achieve 18,156 hours, 30 minutes of sea patrol by capital ships, making about 90 per cent presence at sea.

He added that during the same period, which is 121.25 per cent of self standard, and a combine average of 105 per cent.

Adeniran further stressed that the ENC is the only command that surpassed the 100 per cent mark.