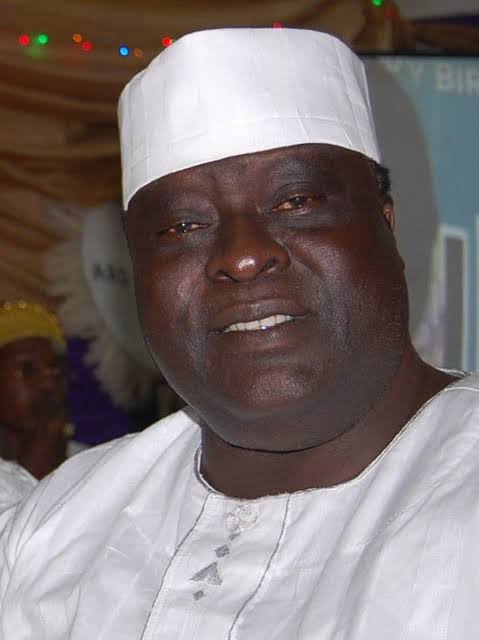 Former Inspector General of Police, IGP, Tafa Balogun, who was controversially sacked in 2005 by former President Olusegun Obasanjo, and who has not been heard of in recent time, resurfaced at a security workshop in Ilorin on Thursday.

He was there alongside another former IGP, Alhaji Aliyu Attah.

Speaking at the the occasion, IGP Balogun disclosed that gradual implementation of community policing began under his tenure as the chief police boss.

He said, “Without being proud, without being cocky, under the pupillage of my bosses, I make bold to say that when I was made the IG, I looked into all concepts of policing. And I saw community policing policy and I adopted it.”

But Balogun, shaking off whatever odium around him over the incident more that 16 years ago, staked a bold claim to the berthing of community policing in Nigeria, and reeled out the basis for the claim.

It would be recalled that aside being sacked by the Obasanjo government which he served, the former IGP was tried for corruption related charges and jailed in what many observers still believe was a case of scapegoatism and vendetta by the administration.

Balogun, reminiscing to the applause of the audience at the workshop, said that he saw community policing as an organisational strategy, adding, “I therefore introduced it formally into the Nigeria Police dictionary. If you recall, when I came on board, I introduced the eight-point agenda. I wanted my tenure to be assessed on eight things.

“Community policing was one of them. Operation Fire for Fire was another.”

He added, “But Operation Fire for Fire was more popular. Pick up the document and you will see that community policing was there.”

Balogun revealed that he reached out to Britain, Chicago, USA and Ottawa, Canada for assistance and training of officers on the strategy.

According to him, 66 officers went for a six-month training on community policing in Britain, while another 60 went to Chicago and another undisclosed number went to Ottawa to acquire training to train police officers on the strategy.

The former IGP also said on returning, Enugu and some states of the federation were chosen as pilot states for the program.

“It was very successful in Enugu,” Balogun said, lamenting that the bane of the strategy was that it was abandoned as soon as he left office.

The former IGP however disclosed that he had begun working on the new policing strategy alongside other IGPs since last October saying, “Sometime in October last year, the former IGs held a meeting under the chairmanship of the same Baba Aliyu Attah, here present.

Meanwhile in his keynote address at the occasion, Governor AbdulRazaq said community policing was long overdue.

He also used the occasion to reinterate a need for traditional rulers to be accorded constitutional roles in the Nigerian polity, because they are the closest to the grassroots, thus making them better and legally engaged with certain things related to the masses.

AbdulRazaq said, “I have always said that the traditional rulers are the fourth tier of government, their duties encompass all we do in our society.

“We have always been grateful to them because I receive calls daily from them on security issues, not just giving information but also curbing civil disturbances like we recently had in Ilesha Baruba.

“In that community, there was a civil disturbance earlier, and the Emir singlehandedly calmed the situation and ensured that the community is safe. We deeply appreciate his efforts on what he did.

“In the last meeting of the Northern Governors’ Forum, held in Kaduna, there was the idea that the roles of the traditional rulers should be amplified and embedded into the constitution.

“This means that we should give them constitutional roles in the society. That is an ongoing process, and I am a supporter of this initiative.”

AbdulRazaq further asserted that
community policing is an idea that helps to localise policing, brings security architecture closer to the grassroots, and gets a more robust buy-in of the people. It relies almost entirely on local intelligence and constant interactions with community folks to succeed.

“However, it is important to state that the success of community policing depends on all of us, seeing it as our baby that must be nurtured to success. I therefore urge every stakeholder to support the initiative.”

Former IGP Attah, in his speech, observed that the existing policing system had been grossly criticized for poor performance, because of its inability to meet some expectations, a development he attributed largely to inadequate manpower and funding.

He said when community policing fully comes to play, it would generate employment, reduce youth restiveness, and minimise crimes.

He said, “When a community policing system is introduced, most communities which have not felt the presence of government in their localities would at least know that the government has come to them as they will have representation, who will be concerned about their safety.”