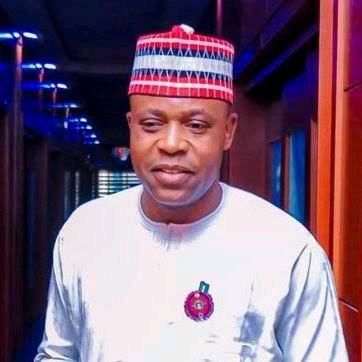 Addressing journalists at the Press Centre in Maiduguri on Monday, Dr. Liman said that his reason for defection was his perception of the inability of the National Leader, Dr Rabiu Kwankwaso, to manage the affairs of the NNPP properly.

He stated that on several occasions, they had gone to the National Leader to resolve crisis emanating from the zone, but to his utter dismay, no concreate steps were taken to solve the crisis.

Liman who was accompanied by his teaming supporters in Borno, who alongside him defected from the NNPP to the PDP observed that Dr Kwankwaso does not possess the leadership quality to lead Nigeria, which is the gaint of Africa.

He said, ” I defected from NNPP on the 14th January, 2023 in Bauchi, but for the fact that Borno State is one of the states that made up my political zone, I decided to visit all the states in the North East to inform thousands of my supporters that we are defecting to PDP in full support of the oresidential candidate of the PDP, Alhaji Atiku Abubakar.

“With me here, I have some of the NNPP executives from the 27 local government areas and over 650,000 registered  members in Borno state, but as I cannot bring all of them here, I decided to invite few of these executive members and some supporters to declare our intention in moving to the PDP.

“Our reason for supporting Atiku Abubakar is because of his track records and pedigree to rescue Nigerians from the clutches of insecurity, banditry, poverty, unemployment and bad policies of the ruling All Progressives Congress, APC.”