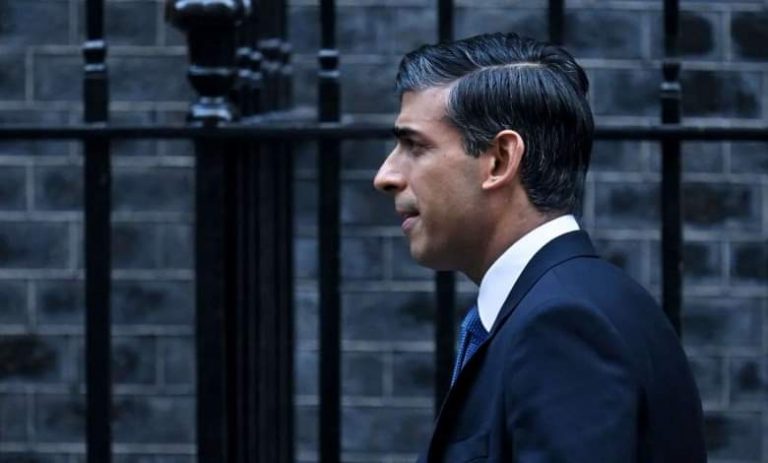 The Primer Minister of the United Kingdom, UK, Rishi Sunak, has been fined by the Lancashire police for failing to wear a seat belt in the backseat of a moving car.

Sunak, who recorded an Instagram video last week while on a trip to Northern England, was seen turning in his seat to talk to the camera without a seatbelt on.

In the video, the Prime Minister was seen addressing the citizens on how he is delivering on his promise to grow the UK’s economy through the Levelling Up Fund.

Levelling Up means creating opportunities for everyone across the UK, with the aim of closing the gap between the rich and the poor.

He had said in the video, “Hi. One of my new year’s promises to you was to grow the economy and today, we are announcing the second round of allocations from our Levelling Up Fund and that’s about investing in local areas in order to create jobs and help deliver on that promise to boost growth.”

The video has since been deleted from the social media platform.

Reacting in a post on Twitter, Lancashire police said it became aware of the offence after a video of a 42-year-old man circulated on social media.

The police wrote, “Following the circulation of a video on social media showing an individual failing to wear a seat belt while a passenger in a moving car in Lancashire, we have today (Friday, Jan 20) issued a 42-year-old man from London with a conditional offer of fixed penalty.”

Reacting, Sunak’s office said he “fully accepts this was a mistake and has apologised,” and that he would pay the fine.

The statement reads, “The Prime Minister fully accepts this was a mistake and has apologised. He will of course comply with the fixed penalty.”

A fixed penalty means Sunak can pay a fine to avoid a court hearing. The police did not disclose how much they had fined the Prime Minister.

Checks revealed that by any driver or passenger not wearing a seatbelt as stated by the government’s safety campaign is breaking the law and is liable to be fined up to £500 if the case goes to court.