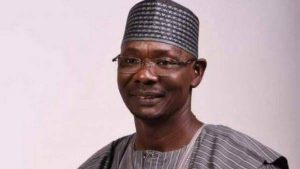 The Nasarawa State government on Thursday, January 30, said that it has concluded arrangements to treat about 720,000 school age children in the state for Schistosomiasis and Helminthes diseases.
The state Commissioner for Health, Ahmed Baba Yahaya, disclosed this on the occasion of the World Neglected Tropical Diseases, NTDs, celebration in Lafia, the Nasarawa State capital.
Stating that the state was not unmindful of its neighbours who were still struggling with these diseases and the risk of reinfecting the state through border local government areas, Yahaya said: “Such states are Benue, Kogi, Taraba, Kaduna and the Federal Capital Territory. Advocacy and mobilisation will also be made to the border local government areas for observation of people entering their communities for festivities, farming, fishing and Internally Displaced Persons, IDPs.”
Continuing, he said “medicine will be requested and sent to Primary Healthcare Centers, PHCs, at the border communities for treatment of such persons mentioned,” adding that with support from the health ministry and Carter Centre, the state intended to mobilize and train 45 local Integrated Health Team members, 225 Health Facility Staff, 611 Community Directed Distributors, 42 School Supervisors, 13 Social Mobilisation Officers and 2,824 School Teachers.
Meanwhile, Yahaya concluded that in 2019, the state programme office with the support from Carter Centre trained 45 local Integrated Health Team members, 225 Health Facility Staff, 611 Community Directed Distributors, 2,153 Teachers, 42 School Supervisors and 7 Social Mobilisation Officers.