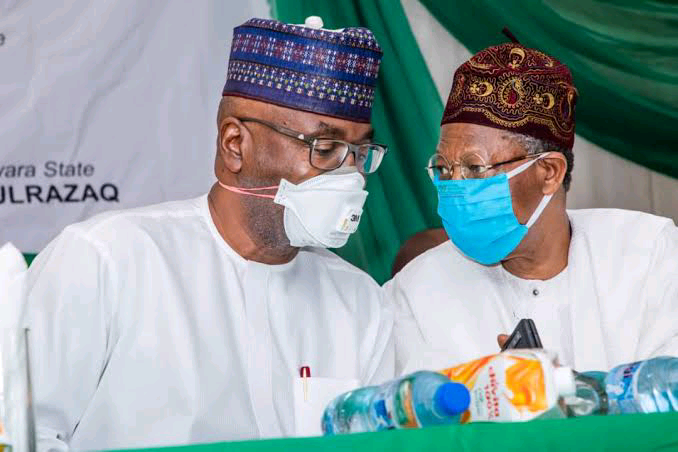 As the crisis rocking the Kwara State chapter of the All Progressives Congress, APC, deepens each day, Governor AbdulRahman AbdulRazaq has begged members to embrace peace.

The governor said this at the weekend while addressing APC stakeholders, asking them to work for peace and inclusion, as the party was set to participate in the nationwide membership registration and revalidation exercise that begins tomorrow.

Calling on party elders and stakeholders to “bury their differences and work in unity” to widen the support base of the party; AbdulRazaq apologised to the Senator John Danboi-led committee over the skirmishes between some stakeholders last Wednesday, saying, “That is definitely not who we are.”

He appealed to all contending interests to rally behind the committee for a hitch-free exercise.

AbdulRazaq said, “We, under the direction of the President, are to increase the membership base of the party. If we were 100,000 in the state before, we want to get to 300,000.

“During the last general election, we won 75 per cent of the votes in the state with only about 100,000 members of the party. We now want to increase the base of the party in the state. People are now being convinced about what we do.

“For example, in Kwara North, what we have done in 16 months or so is more than what they did in eight years. And that is how it is across the state. People are feeling the impact of the government directly. Enrolment in hospitals has trippled. We are doing the jobs. We will not be distracted. We will do the registration properly and it is important that nobody is excluded from this exercise.

“Every willing person must be captured. It will be myopic to leave anybody out, because you don’t share the same political views. Make sure everybody gets registered.”

On his part, the Chairman of the APC Registration and Validation Committee,

Senator Danboi; while speaking, said the stakeholders’ meeting was meant to update leaders of the party on the modalities for the exercise.

Danboi said, “This is a meeting that all stakeholders should be informed of the activities of the party. We want to expand the membership drive of our party and for that reason, the national secretariat sent us here to carry out the exercise.”

Recall that the crisis in the APC in the state had taken serious dimension of late, as two factions that had emerged along the interests of Governor AbdulRazaq on one hand and Minister of Information and Culture, Alhaji Lai Mohammed, on the other hand had been at each other’s jugular.

At the weekend, chieftains of the party had heaped all the blames on the Information and Culture Minister, Alhaji Mohammed, who they alleged was fanning the embers of disunity to cater for his personal interests.

A chieftain of the party in particular, Senator Makajuola Ajadi, had told journalists in an interview that the minister was fighting back because of the resistance of Governor AbdulRazaq to surrender governance to him for uncalled dictations.