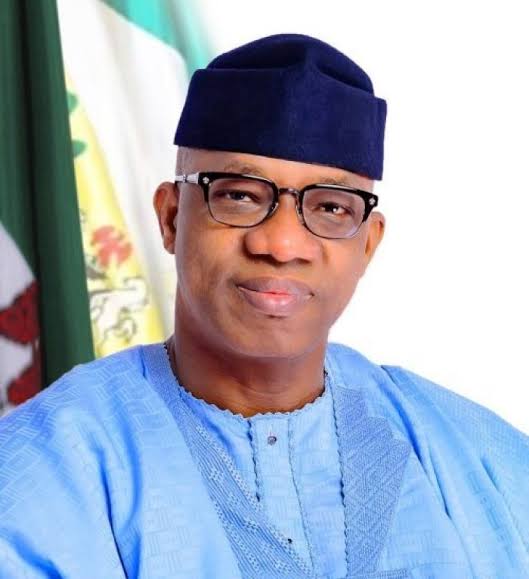 …Alleges Taiwo Taiwo Not A Prince Of Amororo Ruling House

A traditional cultural organization in Ipara-Remo, Ogun State, Ipara Cultural Heritage Protection  Council, ICHPC, has faulted the emergence of Mr Taiwo Taiwo as the new Onipara-elect, describing it as a brazen and horrendous rape of traditional processes, and bifurcation of trans-ancestral cultural norms of selecting an Onipara of Ipara.

In a 30-page petition, signed by Dr John Olanipekun and Babs Awopeju, President and Secretary-General of the group, which was addressed to the governor of Ogun State, Dapo Abiodun, and made available to the press in Lagos yesterday, the group alleged that the emergence of Mr Taiwo Taiwo is not only fraught with abuse of traditional process, but that the said Taiwo is not from any royal house in Ipara.

The group pointed out that there are four sacrosanct qualifications and process of selection of a new Onipara of Ipara and they include: the nominated candidate must be either a paternal prince of the ruling house or a maternal prince in the absence of a paternal prince; his name must be submitted by the current head of the next ruling house; ifa and traditional process must be adhered to; and all the kingmakers must be  involved in the selection process.

The group said, “One of the sacrosanct qualifications in any culturally matured society in Yoruba land is the cultural injunction that whosoever must be a king should be from recognized royal house in the community.

“But in the case of Mr Taiwo Taiwo, he is not from any royal house in Ipara Remo.”

The group further disclosed that “lpara-Remo has been without a traditional ruler since June, 2017, when the last Onipara of Ipara Remo, His Royal Highness, Oba Fatai Sorinola, Olamasa II, joined his ancestors.

“Based on the subsisting declaration, which was made by the former, Western Region Government of Nigeria and the declaration in question contained the conditions that must be followed in respect of each town within its domain. So, the process of finding a suitable person that will succeed the late oba started, when the kingmakers, led by the Chairman – High Chief Oluwole Sorinola, in conjunction with the Local Government Secretary, formally informed Amororo Ruling House, as the next in line to produce the Onipara of Ipara-Remo, in accordance with government declaration of 1958.

“And based on this directive, Amororo House presented the name of Prince Adewale Amororo, after being screened along with others in consultation with lfa Oracle, being the only Prince from the paternal side, while the others are from the maternal side, among other factors, to the kingmakers and the Local Government Secretary, as dictated by the law and tradition of Ipara Remo.”

The group alleged that Mr Taiwo Taiwo is neither a paternal nor maternal member of the Amororo Ruling House and his name was not the one submitted to the kingmakers and the Local Government Secretary respectively as the chieftaincy declaration instructed.

It said that Mr Taiwo Taiwo claimed to be maternally related to Amororo House, a claim which he could not convincingly substantiate through birth or relationship and a claim which has been disproved and refuted as untrue by the 95-year-old head of Amororo Ruling House, Omo’Oba Gbowowa.

ICHPC maintained that Mr Taiwo’s candidature is predicated on his loyalty to Chief Yemi Ogunbiyi, as members of the same socio-cultural club, lpara Club; and that it
was Chief Ogunbiyi, with the active connivance of Hon. Adebiyi Adeleye, Senior Special Assistant, SSA, to Governor Dapo Abiodun on Political Affairs and Hon. Abiodun Somoye, Chairman, Remo North Local Government, who hijacked the selection process, discarded the traditional rites, lured only three kingmakers, and excluded Chief Oluwole Sorinlola, the Oluwo of lpara Remo and the Chairman of the Kingmakers, his vice, OloriEmo Prince Adekunle Adeyiga and others from the selection process at the town hall, under heavy security cover and announced Mr Taiwo Taiwo, a non- prince of unknown ruling house as the new Onipara-elect.
The emergence of Taiwo as the Onipara-elect is the highest frightening traditional fraud ever perpetrated in Ipara land since its foundation by the great hero, Ogunola.

The group said in the petition, “It was a daylight robbery, planned, nurtured and prosecuted by a non-kingmaker, Chief  Ogunbiyi,  in conjunction with Hon. Adeleye, SSA on Political Affairs to Governor Abiodun and Hon. Somoye, Chairman, Remo North Local Government Council and his willing tool and Secretary, Hon Muyiwa Sodade.

“The procurement of Mr. Taiwo and the consequent announcement of his name as the Onipara of Ipara-elect is sacrilegious,   counterfeit, forgery, deceitful, profane,  fraudulent, against the tradition of Ipara-Remo and flagrant oppression of equity, justice and fairness.

“It took the wisdom of the Akarigbo of Remo, His Royal Majesty, Oba Babatunde Ajayi, to debunked the processes that led to the selection and refused to give his blessings and endorsement as enshrined in the declaration.

“Therefore, we do hope that the government of Governor Abiodun will apply the same wisdom.

“This brazen slapping of tradition, the debasement of culture and attempt at the enthronement of fraud must not stand.”

Visit To The Villa: Amotekun Not For My Re-election -Akeredolu