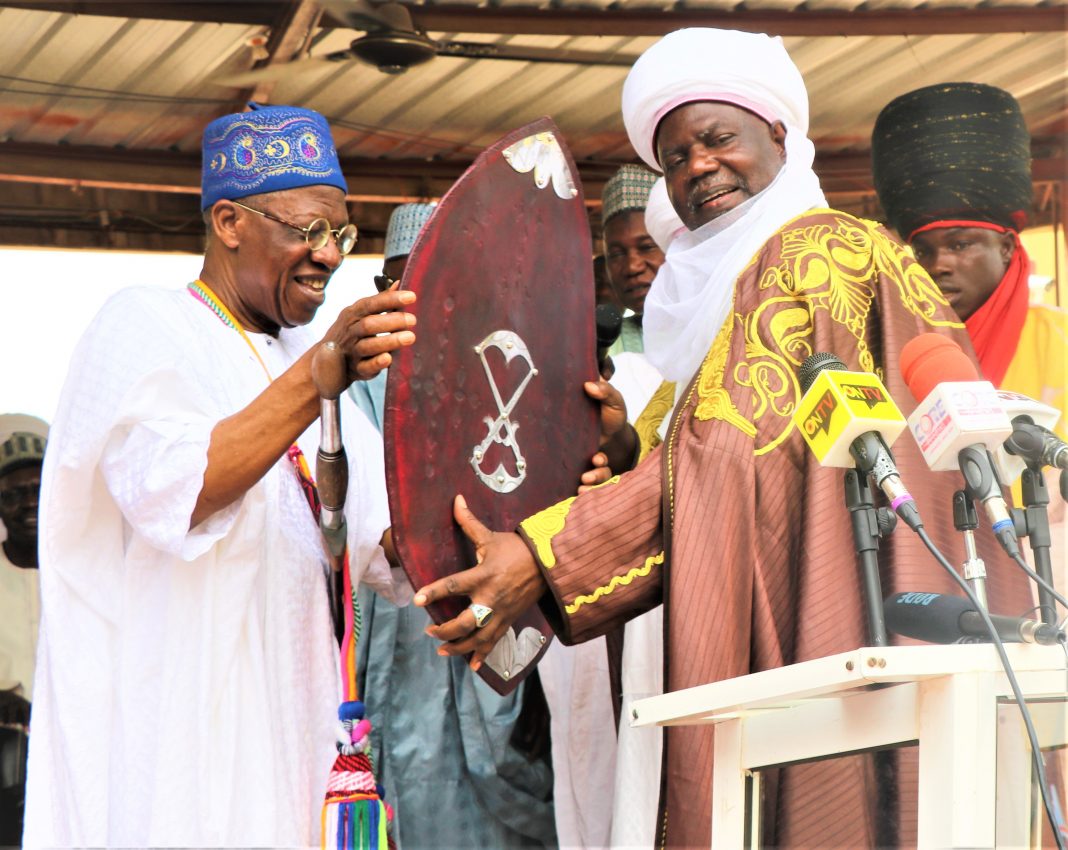 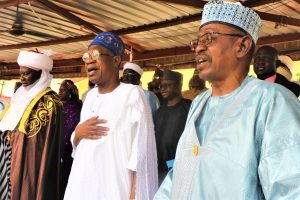 The Minister of Information and Culture, Alhaji Lai Mohammed, has been honoured by the Emir of Argungu in Kebbi State, Alhaji Samaila Mohammed Mera, who bestowed the traditional title of ‘Kakakin Kebbi’ (Ambassador of the Kebbi Culture) on the minister.

The Emir announced the conferment of the title on the Minister in Abuja on Tuesday at a press conference to unveil the programmes lined up for the 2020 Argungu International Fishing and Cultural Festival, which comes up 11-14 March.

Reading out the letter of conferment, the Emir said, “Our decision (Argungu Emirate Council) is based on the recognition of your efforts to project the cultural heritage of the diverse peoples of Nigeria to the world and create jobs, income and positive awareness for our youths though Festivals, Arts and Cultural Exhibitions.

“We admire your loyalty to our country and your fearless defence of our national identity and integrity through the discharge of the responsibilities of your office.”

The traditional ruler said that it was under the watch of Alhaji Mohammed that the Argungu International Fishing and Cultural Festival was inscribed on the Representative List of the Intangible Cultural Heritage of Humanity by UNESCO, adding, “I don’t know of any individual outside the emirate who has shown so much enthusiasm towards working with us to achieve success.”

Thanking the Emir and the people of Argungu Emirate for the honour bestowed on him, Alhaji Mohammed expressed delight at the revival of the Argungu International Fishing and Cultural Festival, considering the fact that it is one of the most widely attended festivals in Nigeria and the oldest festival of its kind, dating back many generations.

Promising that his ministry will ensure that the festival receives global visibility and publicity, the minister said, “For us at the Federal Ministry of Information and Culture, we attach great importance to this festival, just like many of our great festivals nationwide. This explains why we are leaving no stone unturned in ensuring the maximum publicity for the forthcoming festival.

“We are going to Argungu next week with a battery of journalists from here in order to help raise the profile of the festival. We will be using the new and traditional media to put the 2020 Argungu International Fishing and Cultural Festival on the national and international map. The festival deserves no less.”

He disclosed that the Argungu International Fishing and Cultural Festival has been included in the Calendar of Nigerian Festivals, which will enable tourists to plan their attendance of the various festivals in the country with ease.

The deputy governor of Kebbi State, who also doubles as the Chairman of the Organising Committee, Alhaji Samaila Yombe, listed some of the events slated for the festival to include Grand Fishing, Kabanci Display, Agric Show, Cultural Display, Catapulting, Archery, Traditional Boxing and Traditional Wrestling.

Guests at the press conference were entertained by cultural troupes from Kebbi and Niger states.