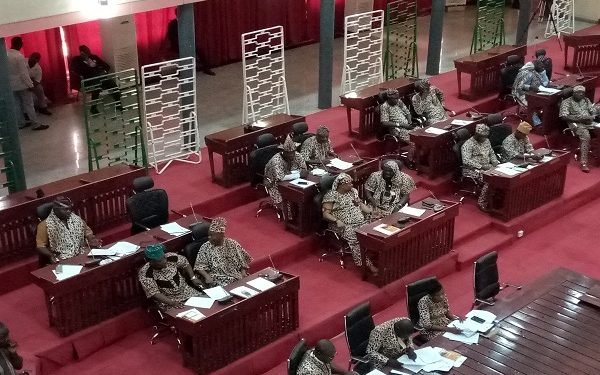 The shape of good things to happen to the Western Nigeria Security Initiative, code-named Operation Amotekun, appeared on Tuesday, March 3, when three Houses of Assembly in the South-West geo-political zone passed the Amotekun Bill.

Barely 19 days after receiving the bill from the executive arm of government, the Ogun State House of Assembly has passed the State Security Network Agency and Amotekun Corps bill, as part of its resolve to stem the tide of crimes, banditry and other violent acts in the state.

The Bill, titled: “HB No 35/OG/2020 – “A Bill for a law to establish the Ogun State Security Network Agency and Amotekun Corps to Assist in Maintaining Law and Order in the State and Connected Purposes” was passed during a plenary presided over by the Speaker, Rt. Hon. Kunle Oluomo.

This was consequent to the presentation of the report of the Special Ad-hoc Committee on Security and Strategy by the Majority Leader, Yusuf Sherif.

Sherif moved the motion for the adoption of the report, and his motion was seconded by Hon. Musefiu Lamidi, and supported by the whole House through a voice vote; after which the bill was later read and adopted clause – by – clause by the Committee of the whole House.

Speaker Oluomo thereafter directed that a clean copy of the bill be forwarded to the governor, Prince Dapo Abiodun for his assent.

In Oyo State, dressed in customized warrior outfits in the shade of the leopard skin, to underscore their readiness for the day’s assignment, members of the state House of Assembly also on Tuesday passed the Oyo State Security Network Agency Bill 2020, codenamed Operation Amotekun.

Plenary started with a clause by clause consideration of the bill before its eventual third reading and final adoption and passage.

While some of the lawmakers wore amulets, armbands depicting combat ready atmosphere, the lawmakers unanimously reechoed the whining of the leopard, the moment the Speaker, Adebo Ogundoyin, hit the gavel passing the bill into law.

Immediately after, local hunters’ chants and songs immediately rented the air of the hallowed chambers with lawmakers congratulating each other on the extent of the job done.

Not to be left out, the Lagos State House of Assembly also at plenary on Tuesday, passed the bill to create Amotekun Corps as a special unit of the Lagos State Neighborhood Safety Corps.

The was passed after taking the third reading of the amendment to the Lagos State Neighborhood Safety Corps Agency Law 2019, after it had successfully gone through all the different stages of lawmaking, including first and second reading; holding public hearing; laying and presentation of committees report; adoption of report by House; third reading and finally passage.

It is expected that Ondo, Osun and Ekiti states’ Houses of Assembly will replicate what their counterparts in Ogun, Oyo and Lagos states had just done, by also passing the bill establishing Amotekun in the states.