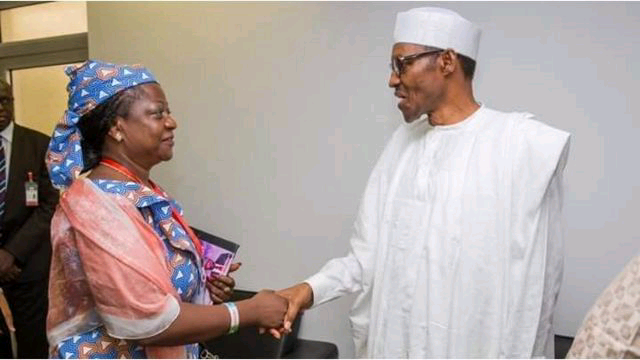 The Senate has rejected Lauretta Onochie as a national commissioner for the electoral umpire, Independent National Electoral Commission, INEC.

The rejection of Ms Onochie’s controversial appointment was sequel to the consideration of the report of the Senate Committee on INEC, which had the responsibility of screening Ms Onochie and the other nominees.

The chairman of the committee, Senator Kabiru Gaya, who presented the report, recommended that Ms Onochie’s appointment be rejected.

Gaya said that Ms Onochie was disqualified based on federal character principles, adding that there is currently a serving commissioner from Delta State, where she hails from.

Ms Onochie, currently the Personal Assistant to the President on New Media, was appointed by President Muhammadu Buhari in October 2020 as an INEC commissioner to represent Delta State – an appointment which had triggered outrage from Nigerians, many of who described her appointment as unconstitutional.

Many, including the immediate past chairman of INEC, Prof Attahiru Jega, called on the President to withdraw her nomination, with many citing her partisanship, insisting that it would be undemocratic for Ms Onochie to be appointed into such an office.

Recall that some civil society organisations, CSOs, also wrote petitions to the Senate, in opposition to Ms Onochie’s appointment. This was just as the main opposition party, the Propels Democratic Party, PDP, had also protested against her nomination.