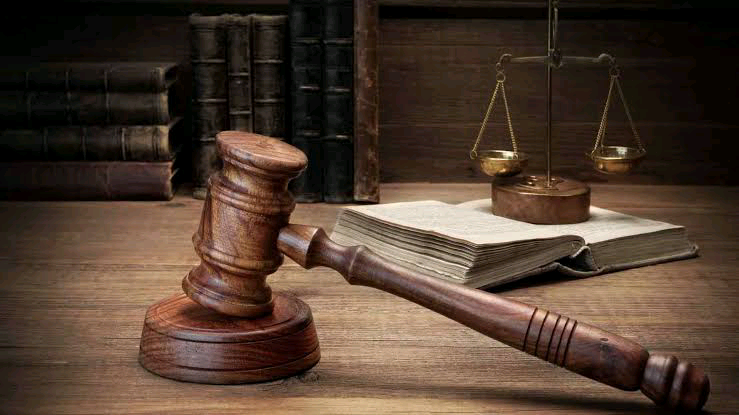 Eight suspects facing trials in the alleged rape and murder of a 300-level student of the University of Ilorin, Unilorin, Olajide Blessing Omowumi, have again appeared before a Kwara State High Court, Ilorin.

The Department of State Services, DSS, featured at the hearing, where they tendered 40 items as exhibits.

Among the items tendered by a DSS operative, Mr. Igwe Imo, were a wooden toy gun, which the suspects allegedly used to scare the deceased to commit the crimes.

The first three of the suspects were standing trial for alleged rape and murder of the 24-year-old student in their Tanke area residence early last month.

Three witnesses, including a girlfriend of the eighth accused; Zainab Olaiya, were also brought to help in the trial by the DSS, who told the court that Akande Taiye called her with a phone number suspected to be that of the late Blessing Olajide.

She was tracked and invited by the DSS, and this later led to the arrest of the accused person through her.

A policeman, Adewale Adesola, led in evidence in court, described the sixth accused person as a neighbour he had known for the past 15 years.

He said the accused person gave him the stolen phone for a safe keeping.

However, the police officer told the court that he kept the phone with him between June 10 to 12, 2021 but yet to institute an investigation on the item, when he was invited by the DSS.

He also claimed to have queried the accused about the source of the phone, which he had supected to be a stolen item.

However, a defence counsel while cross examination the police officer queried why the witness chose to keep the phone for that long without investigations and also laid bare the fact that the witness helped the sixth accused to write statement while in DSS custody.

The presiding judge, Hon. Justice Ibrahim Yusuf, also came down hard on the counsel to the seventh accused, Sikiru Solagberu, on Monday for reportedly disrespecting the court.

The judge described the content of the press interview granted by the lawyer as irritating, while he also fumed that the lawyer had to deliver a letter telling the court of his decision to withdraw from the case through his secretary.

He, however, accepted Solagberu’s apology through his counsel, Kehinde Eleja, SAN, and discharged him accordingly.

Recall that the court had on July 7, ordered the arrest of Solagberu, counsel to one of the suspects standing trial for alleged rape and murder, for exhibiting conduct unbecoming of a lawyer after court proceeding, by making uncomplimentary remarks in some television stations and social media platforms.

Justice Yusuf later adjourned the case till Tuesday, July 13, 2021 for further hearing on the matter.

When Silence Is Golden