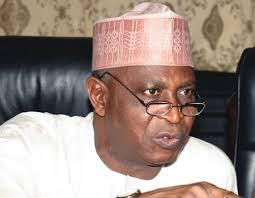 Former National Chairman of the Peoples Democratic Party, PDP, Alhaji Kawu Baraje, has said that with the way the affairs of the country is being run, he cannot advise President Muhammadu Buhari to arrest the situation.

Baraje added that even as a founding member of the All Progressives Congress, APC, he would not for any reason counsel President Buhari to steer the affairs of the nation well.

Fielding questions from journalists in Ilorin at his 70th birthday ceremony, Baraje said having actively participated in the process that midwifed the APC he and others discovered shortly afterwards that those they paired with, to form government on the platform of the party had a different focus.

Baraje said though he and his group who left the PDP to form the APC at the time observed that no sooner than government settled down than things began to fall apart, they stayed back to press that the simple agreement that they had with one another to lead the country in the new mega party was being ignored each passing day.

He said, “I once said sometime ago, that those who are strong characters in the APC were not only liars, they are also dishonest. I was called names; that l was a disgruntled person, who because I was not given what I wanted and chose to criticize the same government that he was part of.

“Today, Nigerians can see for themselves, what I was seeing at the time, that they did not see. I am afraid, all that we in the then APC promised people towards the general election like; security, economy and what have you, had not been met, five years down the line.

“That was why whenwe decided to quit an association that would not honour simple agreements. We all left the APC back to the PDP.

“It is now starrng all of us in the face that governance is not done rightly and it is being done in a very disheartening manner.

“Nigerians are today the better judges of what the situation is in the country.”

Baraje therefore declared that because he knew people in government quite closely as one-time co-members of a political party, who can be insensitive to the feeling of the people, he would not waste his time giving advise to them, especially, the President.

He added, “However, I know they would not even invite somebody like me to meet and advise, but per adventure they do, I will not oblige them.”

Speaking on the barrage of party crisis across parties and states, the politician said until the time when people would be ready to respect party supremacy, there would be no peace.

He said in the past, party chairmen were bigger than the President, the governors in the state, all elected and political appointees; saying until parties go back to this method, all might not be well.

Specifically talking about the crisis in the PDP, Baraje said a committee of former Senate Presidents, former Speakers of the federal House of Representatives, former governors, making others, had been put in place to resolve all problems.

Chairing the special committee is Dr. Bukola Saraki, the immediate past Senate President, according to Baraje.