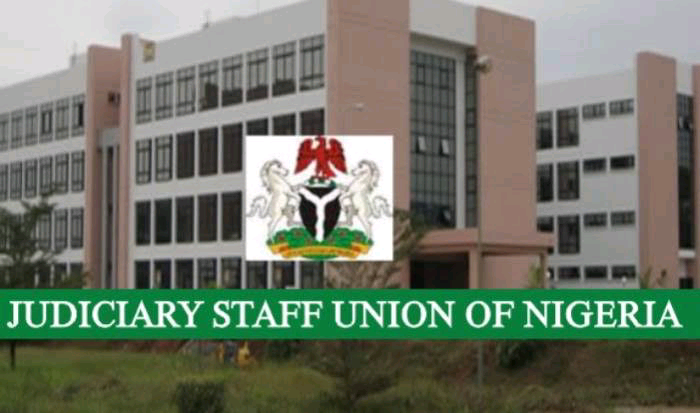 Judiciary workers under the umbrella of Judiciary Staff Union of Nigeria, JUSUN, have shut down the courts across the country as they on Tuesday enbarked on an indefinite nationwide strike.

In Lagos State, the union evicted court staff from the Federal High Court, Ikoyi, Lagos. The unionists arrived in the court premises before 9am and directed their colleagues, who were in courtrooms and in their offices to comply with the industrial action, pack up and leave.

They sealed some of the offices and pasted notices indicating the commencement of the court shutdown.

At Ikeja High Court headquarters of the Lagos State judiciary, the union members shut the gate and ensured no one, including judges, entered the court premises. A banner with the inscription of JUSUN was boldly displayed on the gate of the court.

Reports from Abuja also indicated that all courts, including the Supreme Court, are under lock and key.

Presently, the Chief Justice of Nigeria, CJN, Justice Ibrahim Tanko Muhammed, is siad to be holding talks with JUSUN leadership, with a view to shelving the strike. The meeting was scheduled for 10 am.

Recall that the JUSUN national leadership had in an April 1 circular, ordered the closure of courts across the country from today, until the government complies with the Constitution, court judgments and other instruments, which confer or re-emphasise the financial autonomy of the judiciary.

The circular, signed by JUSUN General Secretary, I. M. Adetola, directed all states and zonal heads of the union to comply with the strike.

The union stated that it had at its last National Executive Council meeting on March 13, 2021 in Abuja, issued a 21-day ultimatum to the government to implement the financial autonomy of the judiciary with a threat that “failure of which JUSUN will have no other option, but to resume the suspended national strike action.”

On Monday, the Nigerian Bar Association, NBA, President, Olumide Akpata, said it had opened talks with JUSUN on shelving the strike in the public interest.