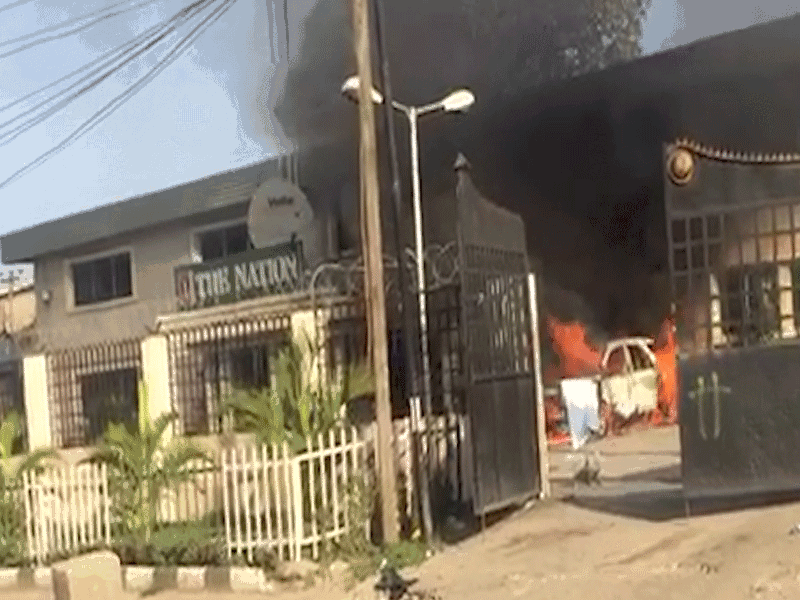 The head office of Nation Newspapers at Matori, in the Mushin area of Lagos State, has been attacked by suspected hoodlums.

A video of the incident posted online also showed a car on the premises set ablaze by the attackers.

A reporter with the paper confirmed the incident, adding that there was no casualty.

Earlier in the day, Television Continental, aka TVC, in the Ikosi area of Ketu was also set ablaze.

The two media houses were reportedly attacked over their rumoured connection with a former governor of Lagos State, Asiwaju Bola Tinubu.