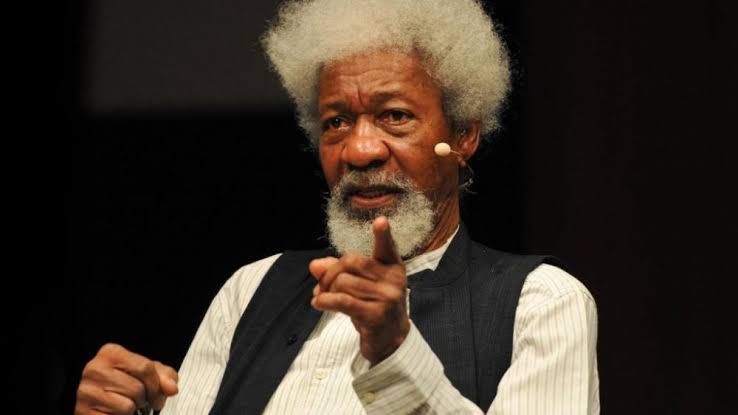 Nobel Laureate and elder statesman, Prof. Wole Soyinka, has called on governors in states where protests against the Special Anti-Robbery Squad, SARS, forced declaration of curfews to immediately demand the withdrawal of soldiers deployed by the Federal Government.

In a message on Wednesday, titled ‘DÈJÁ VU – In Tragic Vein,’ from his residence in Abeokuta, Ogun State, the renowned playright siad, “To the affected governors all over the nation, there is one immediate step to take: demand the withdrawal of those soldiers. Convoke town hall meetings as a matter of urgency. 24-hour curfews are not the solution. Take over the security of your people with whatever resources you can rummage. Substitute community self-policing based on local councils, to curb hooligan infiltration and extortionist and destructive opportunism. We commiserate with the bereaved and urge state governments to compensate material losses, wherever.

Soyinka was speaking against the backdrop of the reported killing of unarmed protesters by soldiers at the Lekki toll gate in Lagos on Tuesday night, after a 24-hour curfew imposed on the state by Governor Babajide Sanwo-Olu.

There have been peaceful protests across many states in the country against police brutality and the F-SARS, a unit in the Nigeria Police Force.

The Nobel laureate added, “To commence any process of healing at all – dare one assume that this is the ultimate destination of desire? – the Army must apologise, not merely to the nation but to the global community – the facts are indisputable – you, the military, opened fire on unarmed civilians. There has to be structured restitution and assurance that such aberrations will not again be recorded. Then both governance and its security arms can commence a meaningful, lamentably overdue dialogue with society. Do not attempt to dictate — Dialogue!”

Noting that he said in his message to youths at the Freedom Park 10th anniversary events on Saturday, October 17, 2020, that they brought fresh blood into tired veins, the playwright also said it was bliss indeed to be alive to watch youths finally beginning to take the future into their own hands, adding that with the protesters’ roadblocks in Ogun State and elsewhere, it was all déjà vu– the uprisings in the former Western Region of Nigeria and the anti-Abacha movement among others.

He further said it was absolutely essential to let the Federal Government know that the army had now replaced the SARS in the demonic album of the protesters.

He added, “My enquiry so far indicates that the Lagos governor did not invite in the Army, did not complain of a ‘breakdown in law and order.’ Nevertheless, the centre has chosen to act in an authoritarian manner and has inflicted a near incurable wound on the community psyche. Need I add that, on arrival in Abeokuta, my hometown, I again had to negotiate a road block? That went smoothly enough. I expected it, and have no doubt that more are being erected as this is being written.

“It is pathetic and unimaginative to claim, as some have done, that the continued protest is hurting the nation’s economy etc. COVID-19 has battered the Nigerian economy – such as it is – for over eight months. Of course it is not easy to bring down COVID under a hail of bullets – human lives are easier target, and there are even trophies to flaunt as evidence of victory – such as the blood-soaked Nigerian flag that one of the victims was waving at the time of his murder.”