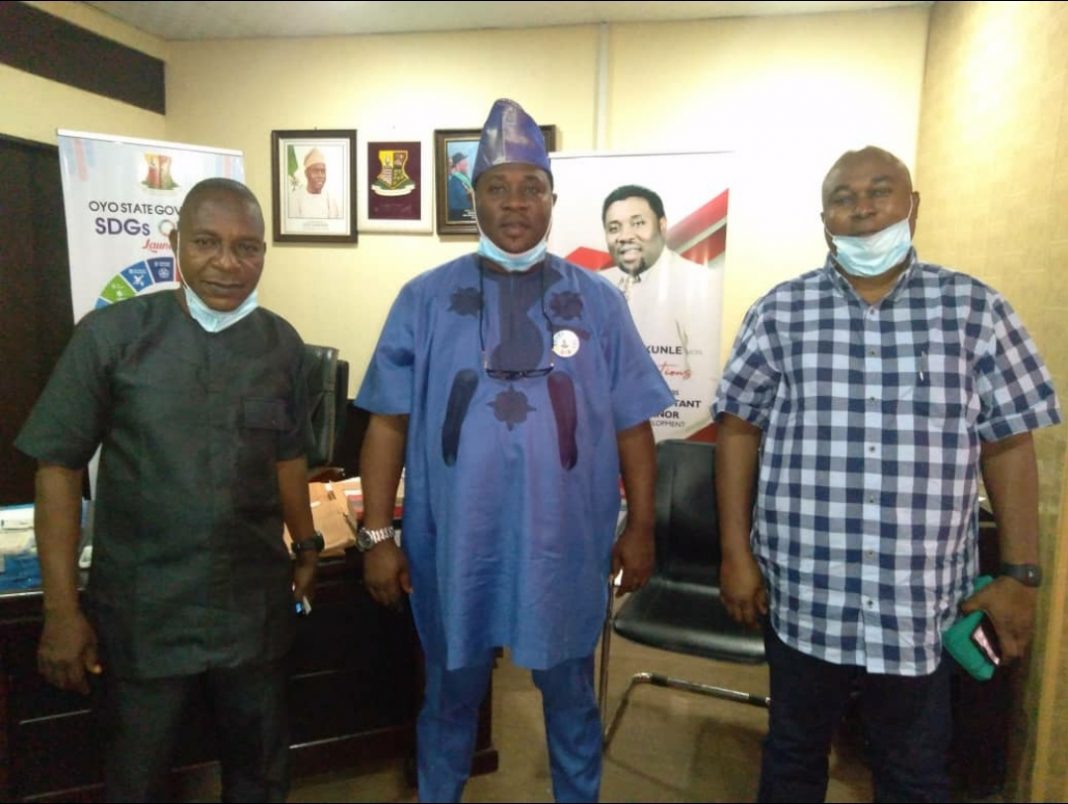 …Harps On Need For World Peace

He also charged well-meaning Nigerians to join the struggle to engender a peaceful world, through sensitisation on the essence of SDGs.

Ambassador Abraham, a recipient of United Nations Peace Award, stressed the importance of attaining the 17 Sustainable Development Goals, as championed by the International Association of World Peace Advocates.

He said this during a courtesy visit to the Senior Special Assistant, SSA, on SDGs, Mr. Kunle Yusuff, on Monday, November 16, 2020 in Ibadan.

While commending Oyo State government on its recent development projects on SDGS, he tasked everyone not to feel less concerned about conflicts around the globe, as it eventually has a way of hurting us.

He said, “I will use this opportunity to advocate for peace for humanity and pray that our world changes.”

Pledging unalloyed support to the Governor Seyi Makinde-led administration, even as the UN decade of action lapses in 2030, Abraham noted that after careful monitoring of SDGs activities in Oyo State, his office is convinced on the need to collaborate with the Oyo State government through the office of SDGs in the state.

He also called for vehement sensitisation and active participation by the citizenry, saying, “We are ready to partner with Oyo State government, seeing evidently that the state government is SDGs compliant. So, we will join hands with Governor Makinde’s administration to sensitize the people and create an awareness.

“We would advocate for peace, where there is need and try to encourage our citizens.”